In Ireland, did a lay woman ‘say Mass’ after a priest failed to show up?

In Ireland, did a lay woman ‘say Mass’ after a priest failed to show up? June 25, 2018 Deacon Greg Kandra 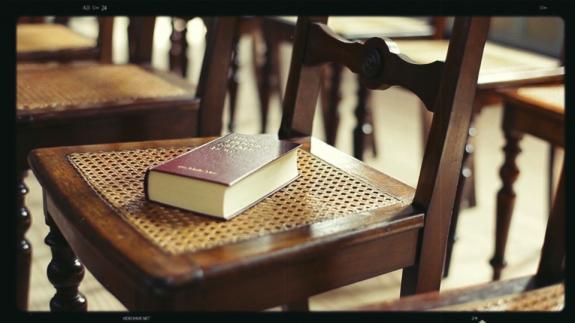 A minister who was to the forefront of the campaign to legalize abortion stepped up to ‘say Mass’ in her local parish over the weekend after a priest failed to show.

Culture Minister Josepha Madigan was scheduled to give a reading at her regular Saturday evening Mass but ended up taking a more central role, the Irish Independent can reveal.

The Dublin Rathdown TD offered to lead the prayer in front of several hundred people at the Church of St Therese in Mount Merrion.

It is understood Ms Madigan addressed the congregation from the altar, performing most elements of a normal Mass.

She did not read the Gospel or perform the consecration of the bread and wine, as these can only be carried out by a priest.

However, there was some pre-blessed bread in the church meaning Mass-goers were able to receive Communion.

When contacted yesterday, Ms Madigan said it was a “sad reflection of the times we live in that there are no priests available to say Saturday evening Mass in one of the busiest parishes in Dublin”.

“A lack of ordinations and the age profile of priests mean a shortage is inevitable. And it’s not just here, I know this is an issue for many parishes across the country,” she said.

Local priest Fr Brian O’Reilly confirmed he was scheduled to be away and a replacement cleric did not materialise. He said he did not know the full circumstances behind Ms Madigan’s intervention as he was not present.

It’s entirely possible—but unclear from this report—that the woman in question did something akin to a lay-led communion service or a Sunday Service in the Absence of a Priest.

The service approved for use in the United States notes:

· Several times the text cautions that there be no confusion among the faithful between these kind of celebrations with Holy Communion and a Euchar-istic celebration. They need to understand ”that the Eucharistic Sacrifice cannot take place without a priest, even though the reception of Holy Commun-ion which they receive in this kind of liturgical assembly is closely connected with the sacrifice of the Mass, but not equal to it” (Nos. 16, 17).

· ”There should normally be only one liturgical assembly of this kind in each place on any given Sunday. One of these services may never be held in a location where Mass has been celebrated that weekend. Because of the emphasis on Sunday as the Lord ‘s Day, such liturgical assemblies should be held on Sunday” (No. 15).

· ”When a priest cannot be present for the celebration of Mass on the Lord’s Day, it is of paramount importance that the parish or mission community still come together to celebrate the resurrection of the Lord” (14). However, the bishop should attempt to insure that a community can participate in the celebration of the Eucharist as often as possible, at least several times a year (No. 20).

· ”In the absence of both a priest and a deacon, upon request and recommendation of the pastor, the bishop may appoint lay persons, who may be religious, as lay leaders of prayer, who are entrusted with the care of preparing and directing these celebrations. They would be responsible for leading the prayers and, when it is to be included in the celebration, with Holy Communion” (No. 26).

· ”With the permission of the bishop, a lay person may be chosen to preach in the absence of a priest or deacon” (No. 32).

· The leaders of prayer, including a deacon, are not to use the priest’s chair which thus becomes a symbol of his absence. Nor should there be the presentation of gifts or recitation of the Eucharistic prayer (Nos. 24, 36, 48). 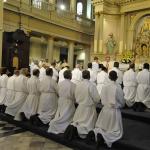 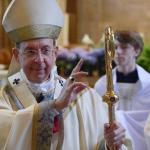 June 25, 2018 'My brothers, may you always know the joy of a clear conscience...'
Browse Our Archives
get the latest from
Catholic
Sign up for our newsletter
POPULAR AT PATHEOS Catholic
1