There’s no question the bench is heavily weighted with lawyers who are also Catholic. Others include Justices Samuel A. Alito Jr., Clarence Thomas, Sonia Sotomayor and Chief Justice John G. Roberts Jr. Justice Neil M. Gorsuch, who replaced Justice Antonin Scalia, also Catholic, attends an Episcopal Church but was raised Catholic. If confirmed, Kavanaugh would be the sixth Catholic justice on the current court, leaving only Justices Stephen G. Breyer, Ruth Bader Ginsburg and Elena Kagan, who are all Jewish.

Part of the reasoning behind Kavanaugh’s selection over reported finalist Amy Coney Barrett, in addition to his being exceedingly qualified, was that he’d likely have an easier — though still difficult — time during Senate confirmation. Barrett, as many will recall, was treated to a religious grilling during her confirmation hearings last year for the federal appeals-court judgeship she currently holds. Her likely disappointment at being passed over for the highest court was surely buffered somewhat by relief that she would be spared a repeat of her last experience, when Sen. Dianne Feinstein (D-Calif.) infamously commented that Barrett’s “dogma lives loudly” within her.

Are we to assume that Sotomayor’s dogma lives quietly rearranging dusty Bibles within her?

It does seem, however, that being Catholic isn’t a bad idea if you want to ascend to the Supreme Court. Then again, it’s also a good idea to earn high marks in school, excel at the best law schools, clerk for Supreme Court justices and live a life of integrity, honesty and dignity. That some justices are also informed by a faith that encourages service and a reverence for life doesn’t bother me, just as long as the Constitution lives loudly within them. 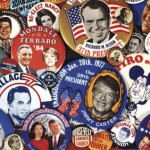 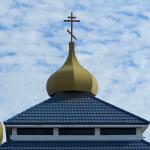 July 11, 2018 Mark your calendar: Eastern Catholic Deacon Congress!
Browse Our Archives
get the latest from
Catholic
Sign up for our newsletter
POPULAR AT PATHEOS Catholic
1

The True Effect of COVID and the Pro-Life...
Words cannot express how much I dislike writing about abortion. As a...
view all Catholic blogs
Copyright 2008-2020, Patheos. All rights reserved.