When a son vests his father at his ordination

When a son vests his father at his ordination July 26, 2018 Deacon Greg Kandra

From The New Orleans Advocate:

It was a sunny Saturday afternoon in June when a rare father-and-son moment took place inside the sacred walls of St. Louis Cathedral.

Martin Gutierrez, along with 21 other men, was ordained as a permanent deacon in the Catholic Church by New Orleans Archbishop Gregory Aymond.

The June 23 service included a “vesting” ceremony, a rite of ordination for permanent deacons, transitional deacons and priests in which a cleric selected by the ordinee presents the clerical vestments and stands with the ordinee as he puts them on for the first time.

Vesting the newly ordained Deacon Gutierrez, 52, was his son, Andrew Gutierrez, 25, ordained as a transitional deacon in May and to be ordained a priest next June.

“To have my own son, now a deacon himself, vest me was an overwhelming moment,” he said “It was just awesome. I cried like a little kid, and it took a lot to regain my composure.”

“Normally, that role goes to a priest or deacon who has been an influence in their life, so for my dad to ask me to vest him was a privilege,” Andrew Gutierrez added. “I was filled with overwhelming peace, joy and a sense of pride for my dad.”

Aymond said it was a “special and unique honor that we shared that moment. And I look forward to ordaining Andrew as a priest next year.” The archbishop said the only other father-son vesting combination in the archdiocese he could recall was the Nalty family almost 20 years ago. 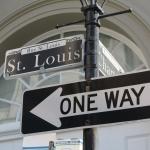 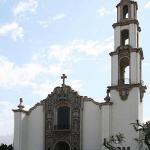 July 26, 2018 Vandal breaks into landmark Los Angeles church where Cardinal Mahony now worships
Browse Our Archives
get the latest from
Catholic
Sign up for our newsletter
POPULAR AT PATHEOS Catholic
1