Magazines and newspapers have long been sources to break big news stories. Now, too, social media is taking its turn.

In a series of tweets, a onetime seminarian who goes by the handle “inflammateomnia” – Latin for “Go set the world on fire,” a quote ascribed to St. Ignatius Loyola, founder of the Jesuits – detailed on Twitter sexually abusive behavior he said was directed at him and which he witnessed, as well as the lack of urgency given his complaints by one seminary official.

Inflammateomnia, who does not reveal his name on Twitter, describes himself as a Boston-based graduate student in theology, “seeking the true, good and beautiful.” “Guess this is my Catholic #MeToo moment,” he began, echoing the Twitter hashtag women have used since last fall to reveal their own tales of abuse and harassment.

Even in the expanded Twitterverse of 280 characters per tweet, it took inflammateomnia more than 20 tweets to tell his story.

Due to his anonymity, and his not naming the seminary and the people involved, his story cannot be independently verified. If it is true, though, it paints a disturbing picture of seminary life.

“He proceeded to slouch down in my chair when I got up and yelled at him to leave my room. He apologized & left. I ended up telling my neighbor, who told me that he did the same thing to a bunch of my younger classmates. We told the dean of men, and he was expelled,” inflammateomnia said in a series of posts Aug. 1. 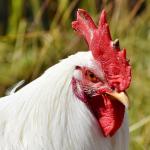 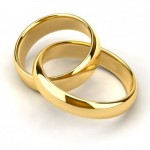 August 13, 2018 WATCH: The most beautiful wedding procession you'll see this week
Browse Our Archives
get the latest from
Catholic
Sign up for our newsletter
POPULAR AT PATHEOS Catholic
1