A. W. Richard Sipe, a researcher, psychotherapist and former priest who spent his life studying the roots of sex abuse within the Roman Catholic Church, becoming one of the subject’s leading experts, died on Wednesday in the La Jolla neighborhood of San Diego. He was 85.

His wife, Marianne Benkert Sipe, said the cause was multiple organ failure.

Mr. Sipe’s research into celibacy and sexuality within the clergy helped establish a foundation for those studying, investigating and responding to the sexual abuse crisis of the 2000s. Along with describing how celibacy was lived, his work resulted in several striking estimates arrived at in the 1980s.

One was that fully 6 percent of all priests were sexual abusers of children and minors. Another was that at any given time, only 50 percent of priests were celibate — an estimate that the church said was overblown.

But Mr. Sipe’s most far-reaching conclusion was that those two phenomena were linked. Failures of celibacy among church leaders, he argued, even if they happened with adults, created a system of hypocrisy and secrecy in which the abuse of minors could take place.

That link is one that the church is still wrestling with, as suggested by recent disclosures that Cardinal Theodore E. McCarrick, who resigned in July, rose to the highest levels of the church despite warnings that he had been inappropriately touching adult seminarians.

“Sooner or later it will become broadly obvious that there is a systemic connection between the sexual activity by, among and between clerics in positions of authority and control, and the abuse of children,” Mr. Sipe wrote in a letter to Bishop Robert W. McElroy of San Diego in 2016.

“When men in authority — cardinals, bishops, rectors, abbots, confessors, professors — are having or have had an unacknowledged-secret-active-sex life under the guise of celibacy, an atmosphere of tolerance of behaviors within the system is made operative.”

Sipe’s research and his book Sex, Priests and Power are specifically referenced in the 2015 film Spotlight, directed by Tom McCarthy, as being crucial in the story of the Boston Globe’s Pulitzer Prize–winning 2002 investigation of predatory priests and the decades-long cover-up of the crimes of such priests by the Roman Catholic Archdiocese of Boston. The 1995 book is shown onscreen in its bright-red-covered hardback edition when the investigative team meet their first victim, Phil Saviano, the founder of the New England chapter of SNAP. As a favor to director McCarthy, actor Richard Jenkins, who starred in McCarthy’s 2007 film The Visitor, performed uncredited as the voice of Sipe in three phone calls in Spotlight, each based on real-life conversations with Spotlight reporters. This includes one critical conference call which proves to be a turning point in the investigation: Sipe made the metric calculation that 6 percent of priests are pedophiles, which is then verified by the investigative team’s subsequent research.

And for more — probably the ultimate analysis of Sipe and his legacy — check out Rod Dreher’s piece in today’s The American Conservative:

You know how we now hear cardinals and bishops saying they had no idea that Cardinal McCarrick was a sex abuser? Richard Sipe made it public as recently as 2010, writing about the homosexual derring-do of Uncle Ted. Here Sipe quotes from documents that were part of the settlement with McCarrick’s accusers…

…It may be the case that Catholic bishops don’t read Richard Sipe’s blog, and so remained legitimately ignorant of this situation. But when you have the foremost social researcher figure in the area of clerical celibacy and priest sexual abuse publishing evidence from a court settlement with McCarrick’s victim, it’s hard to believe that this information wouldn’t be passed through the episcopal grapevine.

Sipe lived long enough to see his work bear fruition, though not in the ways he would have liked. He saw McCarrick face a kind of justice, which had to have been gratifying.

May he rest in peace. 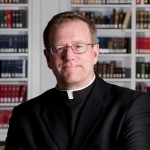 August 9, 2018
Bishop Barron speaks out on the 'McCarrick Mess'
Next Post 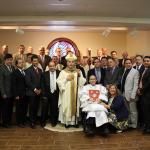 August 10, 2018 Ordination update: 1 new deacon for Austin — UPDATED
Browse Our Archives
get the latest from
Catholic
Sign up for our newsletter
POPULAR AT PATHEOS Catholic
1