‘Unprecedented and stunning’: bishop orders names of accused clergy to be removed from buildings

In an unprecedented and stunning move, the head of the Diocese of Harrisburg on Wednesday ordered the removal of all former diocesan bishops who over the decades failed to protect children from sexually predatory priests.

Just weeks ahead of a bombshell report into clergy sex abuse in the Catholic Church in Pennsylvania, Bishop Ronald Gainer on Wednesday said that all names of bishops dating back to 1947 will be removed from buildings, halls and rooms.

Gainer said “anyone accused of sexual misconduct will have his name removed from any place of honor” throughout the diocese.

“The decision to remove names of bishops and clerics may prove to be controversial, but as bishops, I strongly believe that leaders of the diocese must hold themselves to a higher standard and must yield honorary symbols in the interest of healing.”

Gainer said that the decision would not impact the name of the Bishop McDevitt High School. He explained that because no records on clergy sex abuse existed dating back to McDevitt’s tenure, the late bishop’s name would not be included in the list of legacy names scrapped from diocesan buildings.

Gainer also released the names of 71 people who have been credibly accused of allegations of child sex crimes. He said the list did not represent an assessment of guilt, but historic accusation. 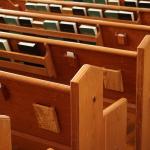 August 1, 2018
Why don't more Americans go to church? It's complicated.
Next Post 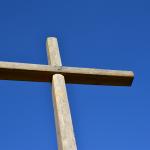 August 1, 2018 A priest's open letter to McCarrick: 'You had no right...'
Browse Our Archives
get the latest from
Catholic
Sign up for our newsletter
POPULAR AT PATHEOS Catholic
1