Former Trump White House adviser Steve Bannon is helping to craft the curriculum for a leadership course at a right-wing Roman Catholic institute in Italy, stepping up his efforts to influence conservative thinking in the church.

Benjamin Harnwell, director of the Dignitatis Humanae Institute based in a mountaintop monastery not far from Rome, told Reuters Bannon had been helping to build up the institute for about half of its eight-year life.

Cardinal Raymond Burke, a leading Vatican conservative who is president of the Institute’s board of advisers, said Bannon would be playing a leading role there.

Burke told Reuters he looked forward to working with Harnwell and Bannon “to promote a number of projects that should make a decisive contribution to the defense of what used to be called Christendom.”

Bannon’s increased engagement with the Institute demonstrates how his involvement in Europe extends beyond electoral politics to an effort to build a populist faction inside the Catholic Church.

Bannon told Reuters this week that after Nov. 6 Congressional elections in the United States, he will spend “80-90 percent” of his time in Europe building up his Brussels-based populist “Movement.”

Bannon, who has visited the Institute’s home at the 800-year-old Monastery of Trisulti and addressed the organization by video link, is helping to draw up the coursework for a training program for conservative Catholic political activists and leaders, Harnwell said. 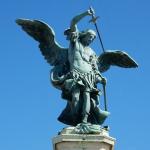 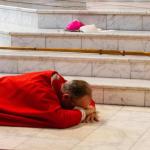 September 15, 2018 A bishop's act of contrition and humility — UPDATED
Browse Our Archives
get the latest from
Catholic
Sign up for our newsletter
POPULAR AT PATHEOS Catholic
1