The Archbishop of Washington told priests Tuesday that he intends to meet with Pope Francis soon to discuss his resignation from office.

In a letter sent to priests of the Archdiocese of Washington Sept. 11, Cardinal Donald Wuerl wrote that a decision about his future role in the archdiocese is “an essential aspect so that this archdiocesan Church we all love can move forward.

“I intend, in the very near future, to go to Rome to meet with our Holy Father about the resignation I presented nearly three years ago, November 12, 2015.”

Calls for Pope Francis to accept Wuerl’s resignation have been frequent in recent months. In June, Wuerl’s predecessor in Washington, Archbishop Theodore McCarrick, was publicly accused of serially sexually abusing a teenage boy in the 1970s. As further accusations were made that McCarrick sexually coerced and assaulted seminarians for decades, questions were raised about whether Wuerl knew about McCarrick’s apparent sexual misconduct. 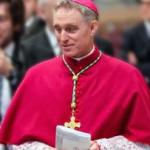 September 11, 2018
Gänswein on the abuse crisis: 'The Catholic Church looks full of bewilderment at its own 9/11'
Next Post 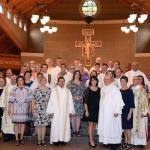 September 12, 2018 Ordination update: 17 new deacons for Des Moines
Browse Our Archives
get the latest from
Catholic
Sign up for our newsletter
POPULAR AT PATHEOS Catholic
1