The ongoing troubles in Memphis continue. From CNA:

Pope Francis Wednesday removed Bishop Martin D. Holley from the pastoral government of the Diocese of Memphis and appointed Archbishop Joseph E. Kurtz of Louisville to oversee the diocese until further notice.

The Vatican announced Oct. 24 that Pope Francis “has relieved” Bishop Holley “from the pastoral government of the diocese of Memphis” and appointed Archbishop Kurtz temporary  apostolic administrator “ad nutum Sanctae Sedis,” meaning “at the disposition of the Holy See.” 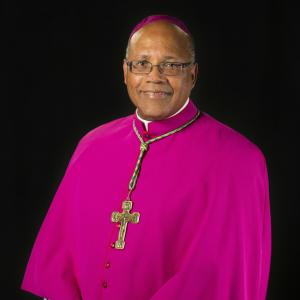 The removal follows a Vatican investigation into the Diocese of Memphis in June to address concerns about major changes Bishop Holley, 63, had made. Among these was the reassignment of up to two-thirds of the 60 active priests in the diocese, according to local media reports.

The apostolic visitation, as it is called, was carried out by Archbishop Wilton D. Gregory of Atlanta and Archbishop Bernard A. Hebda of St. Paul-Minneapolis. They spent three days “fact-finding” in the diocese, including conducting interviews with Memphis-area clergy and laypeople, according to Memphis newspaper The Commercial Appeal.

The outcome of the apostolic visitation has not been made public.

In a letter to his priests in June, reported on by The Commercial Appeal, Holley said: “Many of you may have read, seen or heard news this week that an apostolic visitation was made to our diocese.”

“We are respectful of the confidentiality of the Apostolic Nunciature’s process and are thankful that some of you were invited to participate in that process,” he said.

Holley was installed as bishop of Memphis Oct. 19, 2016, after serving as auxiliary bishop of Washington, D.C. for 12 years.

NCR offered some context over the summer:

The Diocese of Memphis was the subject of a three-day visitation in June by a two-member archbishop team who will report to Pope Francis on the state of the church in western Tennessee.

The visit by Archbishop Wilton Gregory of Atlanta and Archbishop Bernard Hebda of St. Paul-Minneapolis was apparently intended to respond to complaints about the leadership of Memphis Bishop Martin Holley, who was made Memphis bishop in October 2016 after serving as auxiliary of Washington, D.C. Gregory and Hebda met with up to 50 priests and laity of the Memphis Diocese during their visit.

“On a scale of one to 10, this is an 11,” Fr. James Danner, a Memphis diocesan priest and retired naval chaplain living in Hawaii, told NCR about the impact of the investigation. Danner is among those with Memphis church ties who wrote to Archbishop Christophe Pierre, the apostolic nuncio based in Washington, questioning Holley’s leadership.

Within a week of the visitation, vicar general Fr. Clement Machado, a Canadian priest brought in by Holley, resigned from his position. Holley issued a statement that Machado needed to pursue further studies and tend to his recently widowed mother. He did not mention any impact from the visitation.

Holley generated controversy soon after arriving in Memphis when he ordered the transfer of about 75 percent of the diocese’s pastors, an unprecedented move. The Diocese of Memphis has about 65,000 Catholics and 42 parishes.

Danner told NCR that he returned for a convocation of priests in the diocese last year and was told he should consider himself lucky to be living far from the diocese. He said that morale among priests was low, and that parish collections and contributions to the annual diocesan appeal had declined significantly. 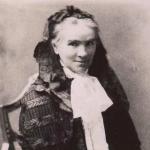 October 25, 2018 A woman with the stigmata: the curious case of Teresa Higginson
Browse Our Archives
Related posts from The Deacon's Bench