Bishop Martin Holley appeared on EWTN (video above) shortly after he was removed as leader of the Memphis diocese and, among other things, blamed Cardinal Wuerl and racism for his removal. Now, in a remarkable turn, a priest in the diocese who was cited in the interview is disputing that account, accusing EWTN of slander and demanding an apology.

From The Daily Memphian:

Former Memphis Bishop Martin D. Holley ruined the fellowship in the local Catholic diocese, spoke disrespectfully of his predecessor – Bishop Terry Steib – and steered the diocese into financial jeopardy before he was asked to resign by Pope Francis, a local monsignor said.

Monsignor Peter Buchignani outlined the problems of Holley’s leadership in a Nov. 7 letter to Raymond Arroyo, host of “World Over” on EWTN. Arroyo interviewed Holley earlier this month about the former bishop’s removal as head of the Catholic Diocese of Memphis.

In that interview, Buchignani was one of the local clergy leaders Holley blamed for his downfall, along with racism and privilege.

That led Buchignani, a longtime leader of the local church, to dispute Holley’s claims in a four-page letter to Arroyo. Buchignani cited numerous problems with Holley’s leadership, from the well-documented upheaval caused by his immediate transfer of priests throughout the diocese to an arrogant attitude towards those who had served the local church for decades.

“He never listened to his priests, nor did he make any efforts to become acquainted with the Diocese,” the monsignor wrote in his letter. “If a priest disagreed with something Bishop Holley wanted to do, he would become vindictive and mean spirited.”

The monsignor confirmed Tuesday that the letter – obtained by The Daily Memphian – was authentic. The letter was a counterpoint to Arroyo’s interview with Holley in which the ousted bishop indicated his removal was based on revenge, citing Buchignani as one of the instigators.

Buchignani denied having anything to do with the removal and is seeking an apology from the EWTN network and Arroyo.

“If he’s going to slander my name like that … I’m not going to sit here and do nothing,” Buchignani said Tuesday. 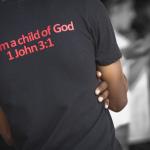 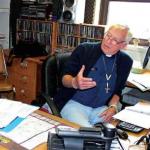 My review of Michael Ward's After Humanity, a...
Many readers are familiar with C. S. Lewis' The Abolition of Man....
view all Catholic blogs
Copyright 2008-2021, Patheos. All rights reserved.