‘The February meeting better deliver something dramatic, or there will be blood in the water’

‘The February meeting better deliver something dramatic, or there will be blood in the water’ November 13, 2018 Deacon Greg Kandra

So, what happened yesterday at the USCCB meeting in Baltimore?

Here’s a very good assessment from John Allen at Crux:

In the run-up to the U.S. bishop’s fall meeting this week in Baltimore, the expectation – to be clear, the expectation of the bishops themselves – was that they’d be making some important decisions on the clerical sexual abuse crisis that’s rocked the Church for the last six months.

Instead, what unfolded Monday morning basically sucked all the oxygen out of the room, when Cardinal Daniel Dinardo of Galveston-Houston, president of the conference, announced that the Vatican has asked the bishops to delay doing anything until February, when Pope Francis plans to convene a summit of presidents of bishops’ conferences around the world to discuss child protection.

It’s worth noting that the action communicated to the U.S. bishops late Sunday came after Canadian Cardinal Marc Ouellet, Prefect of the Vatican’s Congregation for Bishops, and French Archbishop Christophe Pierre, the Vatican’s ambassador to the U.S., met Pope Francis in Rome on Saturday.

One quick take-away is this: If the February summit was already high-stakes, those stakes have now grown exponentially. For the Vatican to ask the bishops’ conference of the fourth-largest Catholic country in the world, and one deeply scarred by the crisis at the moment, to wait three months before taking meaningful action suggests the February meeting better deliver something dramatic, or, at least in this country, there will be blood in the water.

DiNardo himself seemed stunned making the announcement, and that certainly describes the reaction of many of his fellow bishops.

Another perspective comes from Sohrab Ahmari is senior writer at Commentary:

The Roman intervention makes the bishops look impotent and turns Baltimore into a pantomime sham. And it all but guarantees that the US episcopate will continue to hemorrhage credibility among Catholics outraged by the predations of Theodore “Uncle Ted” McCarrick, the disgraced former archbishop of Washington.

…So why would Rome force the American bishops to stand down?

The official justification is that the US should wait for next year’s global gathering of the heads of all bishops’ conferences before taking action. But there is no reason the Americans couldn’t take the lead in creating a protocol for episcopal accountability that could then serve as a template for other bishops’ conferences. If Rome had objections to the document, it could have asked for revisions before the bishops showed up to vote.

The resistance to American initiative is especially bizarre, because the Vatican spent the last month promoting decentralization and “synodality” — an idea that gives the various bishops greater say in governing church affairs.

Cardinal DiNardo made this point at a news conference in Baltimore. Asked about Rome’s possible motivations, he admitted that he was puzzled, adding: “It doesn’t seem very synodical to me.”

A charitable interpretation is that all that talk about synodality is just that — democratic rhetoric meant to soften what is by design a hierarchical body. A more cynical interpretation might be that Pope Francis is simply punishing an American church that he views as overly conservative and traditionalist. Some of his most persistent critics, when it comes to doctrinal matters, are American prelates.

Either way, one thing is clear: The American bishops’ horrible summer is extending into a long winter of discontent. 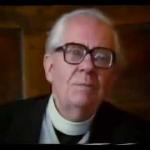 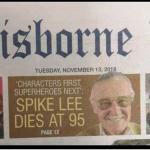 November 13, 2018 Great Moments in Journalism: 'Do the Wrong Thing' edition
Browse Our Archives
get the latest from
Catholic
Sign up for our newsletter
POPULAR AT PATHEOS Catholic
1