Is Mariah Carey a genius?

Well, writer Michael Arceneaux seems to think so. Let’s hear him out:

Almost 25 years after its release, “All I Want For Christmas Is You” is not only her biggest selling single ever, it outpaces holiday staples such as “Feliz Navidad” and “Jingle Bell Rock.” In 1994, Mariah Carey was quoted saying that in recording the song, she meant for it to be “fun.” Fun it is, but the song truly encapsulates what has made Mariah Carey such an enduring hitmaker.

But people should have known: By 1994, Carey had already amassed eight No. 1 singles in four years — seven of which she wrote herself. And Carey has been vehement in noting her songwriting capabilities throughout her almost 30 year career, likely because people — even those who call themselves ardent fans — still question just how much of a hand she truly has had in crafting her material.

Carey may have developed a reputation of being a “diva,” but not enough attention is paid to how truly excellent she is at capturing sentiment in song. That’s why both relatives two decades my junior and I can all claim to have heard “Hero” at our graduations. It’s why many of us can say we’ve heard “One Sweet Day” at a funeral.

Mariah Carey is a standard bearer. And everything that makes Mariah Carey’s singles perform so well for so long — catchy lyrics, stellar arrangement — are found on “All I Want For Christmas Is You.”

Read on for more.

Meantime, if you want to hear That Song as you may never have heard it before, check out the rendition below, by Ingrid Michaelson and Leslie Odom, Jr., which is truly gorgeous and unexpected. 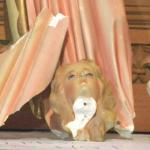 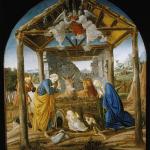 December 5, 2018 Where was Jesus born? Maybe not where you think.
Browse Our Archives
get the latest from
Catholic
Sign up for our newsletter
POPULAR AT PATHEOS Catholic
1

The Legend of St. Eustathius
The legend surrounding St. Eustathius tell us how he went from being...
view all Catholic blogs
Copyright 2008-2020, Patheos. All rights reserved.