From The Washington Post, meet James Brown, prepping for the Super Bowl:

The early morning Acela Express had been heading north toward New York for nearly an hour when James Brown opened his eyes again.

First, there had been the thank-yous to the men who had helped with his bags. “God bless you, gentlemen.”

Then the hugs for the women who had helped with his tickets. “Thank you, Miss Cynthia.”

A call to his wife, Dorothy. “I appreciate you for getting me out of the house this morning.”

And an affirmation reading he called up on his iPad. “We wait in hope for the Lord; he is our help and our shield,” read the selection from Psalm 33.

Then Brown closed his eyes, put his hands together and sat for minute after minute, as the train approached Baltimore. The first-class passengers around him sipped their coffees and talked into their phones. Eventually, Brown opened his eyes.

“It’s how I give thanks and center myself,” he said, punctuating the thought with an, “Mmm-hmmm.”

On Sunday, Brown, 67, will host the Super Bowl pregame show for the ninth time, between his current employer, CBS, and his former employer, Fox. For years he has served as the buttoned-up straight man on fall Sundays — on Fox he was opposite Terry Bradshaw and Howie Long; at CBS, it’s Boomer Esiason and Bill Cowher. He’s one of the most ubiquitous presences in sports television — he’s hosted the Super Bowl pregame show more than anyone other than Brent Musburger — and also one of its longest tenured.

Brown is the rare person in TV whose personality gets bigger once the cameras turn off. An ordained minister and motivational speaker, he is a walking, talking appeal to our better angels. The earnestness that spills out of Brown befits someone who has, as he puts it, “been blessed over and over again.”

Read on. Turns out, he was educated at D.C.’s DeMatha Catholic High School and Harvard and began his career as a salesman at Xerox. Among other things, he’s now a fill-in anchor on the CBS Evening News and a special correspondent for the news division.   Check out the video profile from CBN above for more about his faith. 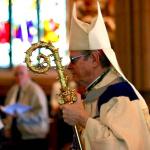 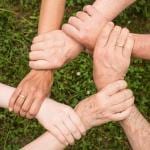 January 29, 2019 Advice every one of us needs to hear right now
Browse Our Archives
Follow Us!