A top cardinal has admitted that the global Catholic Church destroyed files to prevent documentation of decades of sexual abuse of children, telling the prelates attending Pope Francis’ clergy abuse summit Feb. 23 that such maladministration led “in no small measure” to more children being harmed.

In a frank speech to the 190 cardinals, bishops and heads of religious orders taking part in the four-day summit, German Cardinal Reinhard Marx said the church’s administration had left victims’ rights “trampled underfoot” and “made it impossible” for the worldwide institution to fulfill its mission.

“Files that could have documented the terrible deeds and named those responsible were destroyed, or not even created,” said Marx, beginning a list of a number of practices that survivors have documented for years but church officials have long kept under secret.

“Instead of the perpetrators, the victims were regulated and silence imposed on them,” the cardinal continued. “The stipulated procedures and processes for the prosecution of offences were deliberately not complied with, but instead cancelled or overridden.”

“These are all events that sharply contradict what the Church should stand for,” said Marx, the archbishop of Munich and Freising, head of the German bishops’ conference, and a member of Francis’ advisory Council of Cardinals.

Marx spoke to the prelates Feb. 23 after Nigerian Holy Child Jesus Sr. Veronica Openibo, who eloquently blasted what she called a culture of “mediocrity, hypocrisy, and complacency” that she said had brought the church to a “disgraceful and scandalous place.”

In a moving oration that may draw parallels to Franciscan Sr. Thea Bowman’s speech to the U.S. bishops in 1989, Openibo criticized priests who supported accused brethren over victims, expressed serious concerns about current formation practices and even addressed Francis’ own record on abuse.

Turning directly to the pontiff as he sat one chair over on the rostrum in the Vatican’s Synod Hall at the end of her speech, Openibo called him “Brother Francis” and said she admired him for being “humble enough to change your mind, to apologize and take action” about sexual abuse in Chile. 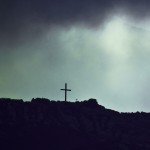 February 22, 2019
'You Have to Exonerate the Human Being': How They Handle Sex Abuse Cases in Poland
Next Post 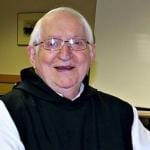 February 23, 2019 RIP Brother Patrick Hart, Thomas Merton's Secretary
Browse Our Archives
get the latest from
Catholic
Sign up for our newsletter
POPULAR AT PATHEOS Catholic
1