Catholic Bishops in New Zealand: ‘We hold you in prayer…Peace, Salaam’

The horrifying attack on mosques in New Zealand has prompted a response from Catholic bishops and from Pope Francis.

Some three-and-a-half hours after the attacks began, the New Zealand bishops released a message, addressed to the nation’s Muslim community, via social media.

“We hold you in prayer as we hear the terrible news of violence against Muslims at mosques in Christchurch,” the bishops wrote.

“We are profoundly aware of the positive relationships we have with Islamic people in this land, and we are particularly horrified that this has happened at a place and time of prayer.

“We are deeply saddened that people have been killed and injured, and our hearts go out to them, their families and wider community. We wish you to be aware of our solidarity with you in the face of such violence.”

The bishops signed off their message “Peace, Salaam.”

A message sent by Cardinal Pietro Parolin, Vatican secretary of state, on behalf of Pope Francis, said the pope was “deeply saddened to learn of the injury and loss of life cause by the senseless acts of violence” at the mosques.

“He assures all New Zealanders, and in particular the Muslim community, of his heartfelt solidarity in the wake of these attacks.” He also offered prayers and blessings to those injured, those grieving, those who died and emergency personnel.

“We are horrified at the violence that has been inflicted on people of our city this afternoon,” Bishop Martin wrote.

“Words cannot convey our distress. Our prayers are with those who are suffering. I invite you now, wherever you are, alone or with family, workmates or friends, to pray together in the prayer of St. Francis of Assisi: Lord make me an instrument of your peace … ”

Bishop Martin planned to celebrate a Mass of prayer for peace, “remembering those who have died in the mosques tragedy and praying for those who are suffering,” at St. Mary’s Pro-Cathedral March 16. 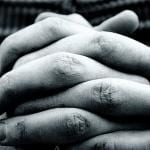 March 14, 2019
'Someday, We May Be Asked to Bow Before Something Other Than a Tabernacle...'
Next Post

Reply to Gavin Ortlund on Praying to the...
Including a Reply Regarding the (Blasphemous?) "Excesses of Marian Prayers" from the...
view all Catholic blogs
Copyright 2008-2021, Patheos. All rights reserved.