Controversy over a New York abortion bill resulted in a rebuke for a state senator who has been disinvited from a Huntington, N.Y. Irish-American Catholic group’s St. Patrick’s Day festivities and asked to resign as a member due to his vote for the legislation.

“The membership is dismayed that a member of their order could vote for such a law,” said the priest, who said he was writing on behalf of the division’s leadership and membership. “This law violates all the principles the AOH has ascribed to since its founding, adherence to our Roman Catholic faith, and the security of the Irish race.”

Msgr. Camp, who is also pastor of St. Patrick’s Church in Huntington, said the senator was disinvited from marching in the parade with the Hibernians and from attending the parade grand marshal’s dinner dance.

The abortion bill, called the Reproductive Health Act, drew strong opposition from the Catholic Church and other pro-life advocates in the state.

The law allows abortions “within 24 weeks from the commencement of pregnancy, or (when) there is an absence of fetal viability, or at any time when necessary to protect a patient’s life or health.” It aimed to protect legal abortion in the event the U.S. Supreme Court overturns pro-abortion rights precedents.

The state law removes the act of abortion from the criminal code and places it in the public-health code. It strips most safeguards and regulations on abortions and allows non-doctors to perform abortions.

In response to Msgr. Camp’s letter, Gaughran contended that the division was requiring public officials “to perform their duties in conformance with the specific religious views held by its membership.”

“Respectfully, I find this troubling and contrary to the principle that our elected officials must represent all their constituents, not just those with whom they share their religious beliefs,” he said. Gaughran said he had not renewed his membership in the division and did not consider himself an active member. He said he had made clear his support for the bill during his campaign, and voiced concern that the division had not reached out to him earlier.

Professing respect for Catholic leaders and the Hibernian division membership, he said that despite their position against Roe v. Wade, “I maintain my belief that a woman should have the right to make her own personal reproductive health care decisions.” 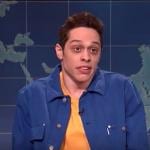 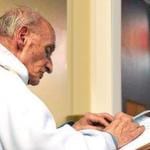 March 11, 2019 Blessed Jacques? Diocese Concludes Inquiry Into French Priest's Martyrdom
Browse Our Archives
get the latest from
Catholic
Sign up for our newsletter
POPULAR AT PATHEOS Catholic
1