‘What I Wish Couples Knew When They Request a Catholic Wedding’

A priest in Salt Lake City, Father Martin Diaz, speaks for a lot of us in this piece for Intermountain Catholic:

A corollary to scheduling the day is scheduling the time of the wedding. A couple may not realize that in the afternoon on Saturday most parishes have Confessions and then an evening Mass, so weddings are scheduled for earlier in the day. At the Cathedral of the Madeleine we offer two times for weddings and Quinceañeras: 11 a.m. and 1:30 p.m. These times allow the bride to get ready before Mass, if needed, and a period for photos after Mass. Most couples prefer the later time. Already, the cathedral schedule for next summer has only the 11 a.m. time remaining because most weddings are scheduled more than a year in advance. The exception is those who want a winter wedding: The dates after Christmas and before Ash Wednesday remain open.

Most couples come to the parish because they want a Catholic wedding. I wish they were coming to the parish for us to assist them in preparing for a Catholic marriage, because as the adage has it, “A wedding is for a day, a marriage is for a lifetime.”

The piece doesn’t mention something that is a growing phenomenon here in the East: the decline in Catholic weddings. I can remember when my parish in Queens had a wedding a week. Now we’re lucky if we have one or two a month. An increasing number of people prefer to have the ceremony elsewhere, often at the venue of the reception. This happens a lot in New York City, where people want to have the reception on Long Island or Westchester, and it can take guests an hour or more to get from the church to the buffet table.(Common practice: the bride calls the rectory and asks if a priest will do a wedding at a country club, and when he says no, she then calls the deacon.)

The bottom line (as Father Diaz makes clear) is that having a Catholic wedding isn’t simple or easy — and for good reason.

A priest I know tells the story of dealing with a bride who complained that our parish was “the most difficult vendor I’ve had to deal with in this whole process.”

Maybe that kind of thinking is part of the problem.

I’m also hearing of more couples who, on the invitation, give people the option of skipping the ceremony and just heading straight to the reception.  (Occasionally, they will ask the deacon or priest: “Can you come to the reception so we can redo our vows there for those who missed it?”)

Added to this, of course, is an underlying truth: a Catholic wedding — like a baptism or funeral — is a beautiful opportunity to evangelize, witnessing to the faith before God and before many who may not be “churched.” That is something else that is being lost. 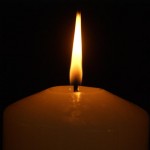 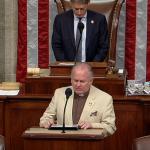 July 18, 2019 WATCH: House Chaplain Prays to 'Cast Out Spirits of Darkness' from Capitol
Browse Our Archives
Related posts from The Deacon's Bench