The July 25 announcement by the Justice Department that it is reinstating the federal death penalty for the first time in 16 years was unwelcome news for Catholic leaders who have advocated against capital punishment.

“The United States’ death penalty system is tragically flawed. Resuming federal executions — especially by an administration that identifies itself as ‘pro-life’ — is wrongheaded and unconscionable,” said Krisanne Vaillancourt Murphy, executive director of Catholic Mobilizing Network, a group that champions restorative justice and an end to the death penalty.

The execution of five inmates on federal death row will take place from December 2019 through next January.

Attorney General William Barr said in a statement: “The Justice Department upholds the rule of law — and we owe it to the victims and their families to carry forward the sentence imposed by our justice system.”

The last time there was a federal execution was in 2003.

In 2014, President Barack Obama directed the Bureau of Prisons to conduct a review of federal capital punishment cases and issues surrounding the use of lethal injection drugs. According to the July 25 announcement, that review is complete and the executions can proceed.

Currently, there are 62 inmates — 61 men and 1 woman — on federal death row, according to the Death Penalty Information Center. Most of the federal death-row prisoners are at the U.S. Penitentiary in Terre Haute, Indiana.

Sister Helen Prejean, a Sister of St. Joseph of Medaille, who is a longtime opponent of capital punishment, tweeted a brief reaction to the July 25 announcement saying that as she was about to “board a plane to Alaska to join the celebrations of 62 years without the death penalty in that state” when she learned “the federal government plans to restart executions later this year after a 16-year hiatus.”

“The DOJ regresses as the rest of our country evolves,” she added.

The USCCB expressed “deep concern” about the move:

The Most Reverend Frank J. Dewane, bishop of Venice, Fla., and chair of the Committee on Domestic Justice and Human Development, issued a statement in reaction to Mr. Barr’s decision:

In 2015 Pope Francis, echoing the views of his predecessors, called for ‘the global abolition of the death penalty.’ He went on to state that, ‘[A] just and necessary punishment must never exclude the dimension of hope and the goal of rehabilitation.’

The Catholic Bishops of the United States have echoed this call for many years, including their 2005 statement, “A Culture of Life and the Penalty of Death.” In light of these long held and strongly maintained positions, I am deeply concerned by the announcement by the United States Justice Department that it will once again turn, after many years, to the death penalty as a form of punishment, and urge instead that these Federal officials be moved by God’s love, which is stronger than death, and abandon the announced plans for executions.

N.B.: The Congregation for the Doctrine of the Faith last year instituted a new section in the catechism on the death penalty:

The Supreme Pontiff Francis, in the audience granted on 11 May 2018 to the undersigned Prefect of the Congregation for the Doctrine of the Faith, has approved the following new draft of no. 2267 of the Catechism of the Catholic Church, arranging for it to be translated into various languages and inserted in all the editions of the aforementioned Catechism.

2267. Recourse to the death penalty on the part of legitimate authority, following a fair trial, was long considered an appropriate response to the gravity of certain crimes and an acceptable, albeit extreme, means of safeguarding the common good.

Mr. Barr is Catholic and according to a questionnaire he completed for his confirmation hearing in front of the Senate Judiciary Committee earlier this year, he is a member of the Knights of Columbus and served on the board of the Catholic Information Center in Washington, D.C., from 2014 to 2017. He also served on the “National Catholics for McCain” and “Catholics for Romney” political committees. 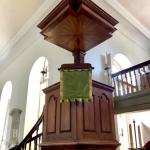 July 25, 2019
Report: priest during homily called on President Trump to resign
Next Post 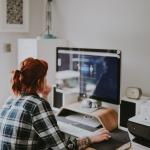 July 26, 2019 On women preaching: 'The pulpit is not our platform'
Browse Our Archives
get the latest from
Catholic
Sign up for our newsletter
POPULAR AT PATHEOS Catholic
1