Andrew Luck, Catholic: ‘We are all called to serve’

Andrew Luck, Catholic: ‘We are all called to serve’ August 26, 2019 Deacon Greg Kandra

When the quarterback announced his retirement this weekend, it rocked the NFL.

Many will debate about what led to this decision, and what comes next. Maybe, just maybe, God has something else planned.

One thing that hasn’t been widely noted is the role of faith in his life. Andrew Luck is Catholic — one biography notes that he was involved in his parish’s youth group as a teenager — and he spoke a bit about faith and service at a Catholic Charities fundraiser five years ago:

As he continues his preparation for the next football season, Indianapolis Colts quarterback Andrew Luck focuses on the two challenges that head coach Chuck Pagano gave each of his players for the off-season:

“His off-season message has always been two-fold,” Luck said during his talk at the archdiocese’s Spirit of Service Awards Dinner in Indianapolis on April 30.

“One, ‘Imagine hoisting the Lombardi Trophy, the trophy you win for winning the Super Bowl.’ It’s a powerful image.

“The second part, he asks us a question, ‘How are you serving each other? How do you serve your teammate? What are you doing to make your teammate better?’ ”

For Luck, those questions are not just for him and his teammates, but for every person in terms of their service to others.

“Anybody and everybody can serve,” he noted during the fundraising event for Catholic Charities Indianapolis at the Indiana Roof Ballroom. “There is no age limit. There is no distinction of where you come from, who you are, the color of your skin. We are all called to serve. We all have an obligation to serve one another.”

…Luck makes his best connections at Riley Hospital for Children in Indianapolis, where he visits patients, helping them with their homework and science experiments.

He told the audience of nearly 600 people how the children affect him near the end of a season when he sometimes whines about the aches and bruises that come with playing football.

…Luck also noted how St. John Paul II—who was recently canonized—is “a personal favorite of mine.”

“What an example he was, breaking down boundaries and reaching out to people from all walks of life in different areas,” Luck said. “He’s a great example in terms of service across the board.”

The quarterback closed his talk with this thought: “To be of service to others is for everybody and anybody—anytime, anywhere. It’s our duty as humans to engage in service.” 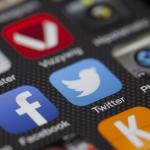 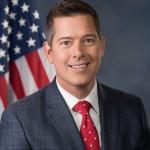 August 26, 2019 Pro-life, pro-family: Congressman resigns to help care for child with 'complications'
Browse Our Archives
get the latest from
Catholic
Sign up for our newsletter
POPULAR AT PATHEOS Catholic
1