Rep. Sean Duffy (R-Wis.) will resign from Congress at the end of September, the most recent in a string of Republicans who have decided against running for re-election.

Duffy, who was elected in 2010 during a GOP wave, said he and his wife are expecting a child in late October who will “will need even more love, time, and attention due to complications, including a heart condition.”

“With much prayer, I have decided that this is the right time for me to take a break from public service in order to be the support my wife, baby and family need right now,” Duffy said in a statement posted to his Facebook page. “It is not an easy decision – because I truly love being your Congressman – but it is the right decision for my family, which is my first love and responsibility.”

Duffy is a practicing Roman Catholic.

His wife spoke about their large family during an interview with People magazine last year:

“There are a lot of blessings from being a big family, but there’s also a lot more work. My kids understand that we are a team and we have to work together, so I don’t do it all by myself. I have an incredibly wonderful woman who helps with the babysitting when I travel; my husband is an amazing partner,” she says of Duffy, 47.

As they approach their milestone 20-year wedding anniversary, which they’ll celebrate in 2019, Campos-Duffy credits an outside influence to the couple’s happy marriage: their shared faith, which has been “a very grounding force.”

“It has always brought us back and centered us, and it gives us sort of like a guidebook as to how to live and how to raise kids. I always say that my motto when it comes to children is: My job is not to get you into Harvard, it’s to get you to heaven. And by the way, that’s my goal for my marriage as well. I want to go to heaven and I want Sean to be with me,” says Campos-Duffy, who is a devout Catholic. “You kind of distill everything down to what is really the most basic thing: that we all can live lives that are good and holy and get us to heaven. And so if we can do that, a lot of other stuff that we stress about, it gets put into perspective.” 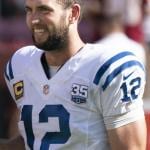 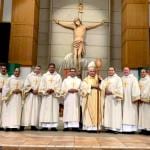