Out: Virginia state appointee resigns after uproar over anti-Catholic tweets

After she made headlines last week over her offensive tweets, the controversial appointee has quit:

A citizen appointee of Gov. Ralph Northam who made derogatory attacks on others and anti-Catholic posts on social media resigned Wednesday following an outcry from Catholics.

Northam on Aug. 16 appointed Gail Gordon Donegan, a Democratic activist from Alexandria, to the 18-member Virginia Council on Women.

A Richmond Times-Dispatch review of her public social media history showed a history of attacks on other people as well as jokes and statements about Catholics. Both of Virginia’s Catholic bishops on Tuesday urged Catholics in the state to call the governor’s office to express concern.

Northam’s office initially defended Donegan, saying that while the governor did not condone her language, she had worked for years on women’s issues in Virginia.

Donegan did not respond to an email.

“Go tell a Catholic they have dirt on their forehead,” she wrote in 2011, with the hashtag #waystooffend

Donegan wrote in 2010: “Saw a bumper sticker: ‘You can’t be both Catholic & Pro-Choice.’ Add: You can be a pedophile though!”

She made a joke about Catholic priests and pedophilia as recently as last year. And her Twitter feed was peppered with often-profane attacks on others. 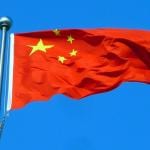 August 28, 2019
'The Communist Party feels comfortable with him': A landmark ordination of a bishop in China
Next Post 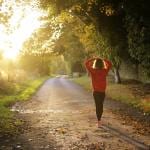 August 29, 2019 On entering the convent and leaving: 'Our God is a God of journeys, not of destinations'
Browse Our Archives
get the latest from
Catholic
Sign up for our newsletter
POPULAR AT PATHEOS Catholic
1

It’s Not Anti-Catholic
When someone criticizes the Knights of Columbus, an apologist will speak out...
view all Catholic blogs
Copyright 2008-2020, Patheos. All rights reserved.