From The Catholic Review in Baltimore:

The fleeting image of the demure and habited nun furtively flashing the two-finger peace sign in the 1970 documentary “Woodstock” has floated softly through five decades now, a lasting if elusory symbol that touches on the historic music festival but ultimately alights someplace else.

When she spoke to the Catholic Review three years ago, Sister Susanne Bunn, a Mission Helper of the Sacred Heart since 1964, didn’t offer any profound explanations for her quiet fame.

“That was just how I greeted people, speaking their language,” she said. “That’s ‘Hello there.’”

“Catching up with the Woodstock Nun,” appeared in the August 2016 issue of the Review. We understood that her little story was to be told; waiting three years to coincide with the 50th anniversary of Woodstock would have been beside the point.

Still, with Aug. 15 marking the golden anniversary of the start of the Woodstock festival, we received a clean pretext for us to check in with Sister Susanne once again. The South Baltimore native – she grew up attending Mass at St. Mary, Star of the Sea, in Federal Hill – now lives at Abingdon Gardens, a Catholic Charities Senior Community, in Harford County.

She retired from teaching faith formation classes at Holy Spirit and Prince of Peace churches, respectively located in Joppa and Edgewood, at the end of June.

“I’ve been blessed to be wherever I’ve been,” Sister Susanne, 76, said in our most recent interview.

When we called, she was socializing with fellow Abingdon Gardens residents – “beautiful, salt-of-the-earth people; they prayed that I can stay here, which makes me feel very good” – and was looking forward to later in the evening, when she would reread the retirement cards she received from her parishioners.

“The wonderful goodbyes from my parishes warmed my heart,” she said.

Now as then, a conversation with Sister Susanne reveals a Fred Rogers-level of artifice and, in its place, the undefinable simplicity that was evident in the six seconds of 1969 footage as well as in the reenactment photo taken 47 years later by Catholic Review staff photographer Kevin Parks.

“God can use this or not use this,” Sister Susanne said of her Woodstock connection, though she did enjoy the minor notoriety that followed the publication of the Catholic Review original article.

“There were little comments like, ‘I didn’t know you were the Woodstock nun,’ because, as you know, I am God’s most ordinary person,” she laughed. 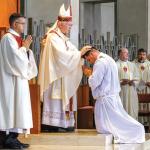 August 13, 2019
The ESPN headline writer who lost his job — but found his vocation
Next Post 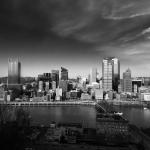 August 14, 2019 Pittsburgh parish cancels festival after 'disturbing' handwritten letter
Browse Our Archives
get the latest from
Catholic
Sign up for our newsletter
POPULAR AT PATHEOS Catholic
1

Being Human is Enough for Now
Home isn't a pleasant place this summer. The menacing neighbor...
view all Catholic blogs
Copyright 2008-2021, Patheos. All rights reserved.