Calls for a boycott of the company began to spread nationwide earlier this decade after news of the company’s donations to organizations opposed to same-sex marriage. Since then, the chain has more than doubled its annual sales and opened nearly 700 more locations, growing to be one of the most popular fast-food restaurants in the nation.

Founded in 1967 in the food court of suburban Atlanta mall by S. Truett Cathy, Chick-fil-A began to expand into brick and mortar restaurants in the 1980s. Today, each of the more than 2,400 locations is closed on Sunday, a decision made early on by Cathy, a staunch Southern Baptist.

“Truett saw the importance of closing on Sundays so that he and his employees could set aside one day to rest and worship if they choose — a practice we uphold today,” Chick-fil-A’s website says.

In 1984, Cathy founded the WinShape Foundation, a Christian non-profit focused on providing foster homes and camps for children, scholarships for college students and marriage counseling for couples.

The nonprofit has made its own donations to other Christian organizations, including those that opposed same-sex marriage and promoted gay conversion therapy. Chick-fil-A made its donation of $8 million to WinShape in 2010.

“If you’re eating Chick-fil-A, you’re eating anti-gay,” a headline on the LGBT issues blog Towleroad in 2011 after the news of Chick-fil-A’s support for a seminar held by the Pennsylvania Family Institute, an organization opposed to gay marriage.

Unfazed by calls for a boycott by gay rights groups, Cathy’s son Dan T. Cathy told the Biblical Recorder in 2012,  “Guilty as charged,” when asked about his opposition to same-sex marriage. Two years later, after his father’s death and becoming president and CEO of Chick-fil-A, he said he regretted those comments while saying his own views on marriage hadn’t changed.

In response to the criticism, Chick-fil-A announced it would cease its donations to all political groups and those organizing against LGBT rights. It also began its own charitable organization: the Chick-fil-A Foundation.

Chick-fil-A was named America’s favorite fast-food restaurant in a survey of customers this year.

Still, it continues to face opposition.

Officials in San Antonio and Buffalo blocked Chick-fil-A from opening restaurants in their local airports. A segment of the faculty and students at Purdue University and the University of Kansas vocally oppose it, too.

“I think the activists would say the boycott against Chick-fil-A is successful even if they didn’t get people who typically go to Chick-fil-A to stop buying Chick-fil-A sandwiches,” he told the podcast Freakonomics. “The reason they would say it was successful is because they got the media to pay attention.”

Stanton said Chick-fil-A will remain popular with the public.

“Not only have they doubled their sales in the last few years, but they have won the prize for the fast-food establishment with the highest customer service rating the last four years running,” he said. “Bigoted businesses do not tend to rate well in customer satisfaction. Chick-fil-A was won this vaulted spot because it is their pleasure to serve everyone who comes through their doors and do so with all graciousness.” 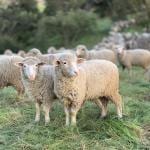 September 19, 2019
Quote of the Day: 'The wicked shepherd kills the strong sheep...'
Next Post 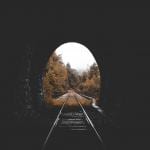 What the Church Fathers Had to Figure Out
When I was a Lutheran seminarian we rarely looked at the Church...
view all Catholic blogs
Copyright 2008-2021, Patheos. All rights reserved.
Close Ad