Quote of the Day: ‘The wicked shepherd kills the strong sheep…’

This leaped out at me this morning, from today’s Office of Readings.

It comes from a sermon by St. Augustine:

After the Lord had shown what wicked shepherds esteem, he also spoke about what they neglect. The defects of the sheep are widespread. There are very few healthy and sound sheep, few that are solidly sustained by the food of truth, and few that enjoy the good pasture God gives them. But the wicked shepherds do not spare such sheep. It is not enough that they neglect those that are ill and weak, those that go astray and are lost. They even try, so far as it is in their power, to kill the strong and healthy. Yet such sheep live; yes, by God’s mercy they live. As for the wicked shepherds themselves, they kill the sheep. “How do they kill them?” you ask. By their wicked lives and by giving bad example. Or was God’s servant, who was high among the members of the chief shepherd, told this in vain: Show yourself as an example of good works toward all men, and, Be an example to the faithful?

Even the strong sheep, if he turns his eyes from the Lord’s laws and looks at the man set over him, notices when his shepherd is living wickedly and begins to say in his heart: “If my pastor lives like that, why should I not live like him?” The wicked shepherd kills the strong sheep. But if he kills the strong one what does he do to the rest? After all, by his wicked life he kills even the sheep he had not strengthened but had found strong and hardy.

I appeal to your love, and again I say, even if the sheep have life and if they are strong in the word of the Lord, and if they hold fast to what they have heard from their Lord, Do what they say but not what they do. Still, as far as he himself is concerned, the shepherd who lives a wicked life before the people kills the sheep under his care…

Pray for our shepherds! 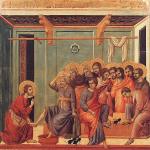 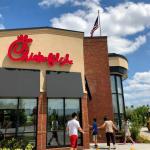 September 20, 2019 Boom: Chick-Fil-A sales have doubled since boycott began
Browse Our Archives
get the latest from
Catholic
Sign up for our newsletter
POPULAR AT PATHEOS Catholic
1

Summer List of Inspiration to Help Us Enjoy...
Every year we sit and make a list of things we hope...
view all Catholic blogs
Copyright 2008-2021, Patheos. All rights reserved.