Cardinal Schönborn on women’s ministry and deacons in Amazon

One of the four men charged with drafting the final document for the Amazon Synod spoke out yesterday about two pressing concerns of the synod: the ordination of married men and the role of women in the region.

He spoke of how impressed he has been listening to the women and hearing about their decisive role in the villages.

“They already do what is possible and what is not even an instituted ministry but they do it: they baptize, they preside at funerals, they try to bless marriages,” he said.

Cardinal Schönborn noted that in his own Diocese of Vienna in the last years he has given a decree for presiding funerals to women. They do so in a traditional Austrian catholic environment, he noted, and they are well accepted.

A pastoral ministry of presence is the main challenge, the Cardinal stressed.

The second point upon which the Cardinal Archbishop of Vienna focused regards the desire, expressed by some Synod participants, for new forms of ministry.

“I voiced my surprise that permanent diaconate is not so much present in Amazonia, while there is much discussion about the viri probati,” he said.

He said in Austria they already have viri probati because the Second Vatican Council “gave us the permission to ordain married men who have given a good witness of their family life, or their professional life, of their Christian faith, to be permanent deacons”.

“So why not start with viri probati deacons in the villages? Prepare them as catechists, as deacons, before asking whether they can become priests?” he said.

Cardinal Schönborn pointed out that there are stages for every priestly ordination and the first stage is becoming a deacon.

It’s 50 years, since Vatican II, he concluded they could have begun with permanent deacons, “so I think it is worth it to ask these questions!” 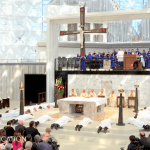 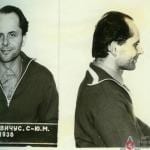 "But Where Is the Lamb?": Several Millennia of...
When my nephew was bar mitzvah, he chose (!) as his Torah...
view all Catholic blogs
Copyright 2008-2020, Patheos. All rights reserved.