San Diego Bishop Robert McElroy said he supports allowing women to serve as deacons in the Catholic Church, in what appears as the first such public disclosure of a U.S. prelate since Pope Francis reopened consideration of the history of women’s diaconal ordination in 2016.

In an NCR interview Oct. 27, McElroy said he hoped the pope’s surprise decision at the end of the Synod of Bishops for the Amazon to reconvene the Vatican’s study commission on women deacons would lead to “a conclusion that it is not prohibited to ordain women to the diaconate.”

Asked if he personally had developed an opinion on whether women could be ordained as deacons, the bishop replied: “I’m in favor of it.”

“My view on it is [that] women should be invited into every ministry or activity we have that’s not doctrinally precluded,” said McElroy.

McElroy, one of three U.S. bishops to participate in the Oct. 6-27 Amazon synod, was speaking in a 40-minute interview just hours after Francis formally concluded the event with a Mass in St. Peter’s Basilica.

…Although some U.S. bishops have publicly supported the work of the papal commission — Chicago Cardinal Blase Cupich notably issued a statement after its formal institution in August 2016 — they have generally steered clear as a group from expressing opinions on the possibility of women being ordained in the future.

In his NCR interview, McElroy also spoke about a proposal in the synod’s final document that the pope create a new ministerial role for women to recognize their leadership capabilities called the “woman leader of the community.”

The San Diego bishop said that proposal sprang out of a desire to acknowledge the duties Catholic women are already taking up across the Amazon. He said one woman religious at the gathering had told the bishops that she celebrates baptisms, witnesses marriages and presides over liturgies of the word.

“Several of us from outside the region were stunned,” said McElroy. “I don’t think there are too many places in the U.S. where women are doing all those things.” 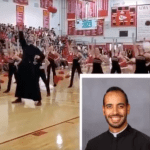 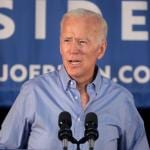 October 28, 2019 Biden denied Communion at South Carolina church
Browse Our Archives
get the latest from
Catholic
Sign up for our newsletter
POPULAR AT PATHEOS Catholic
1