This popped up on my Twitter feed late Monday morning.

I have to say, here’s something you don’t see on morning television every day: Anthony Scaramucci offering spiritual advice to fellow Catholic, acting White House Chief of Staff Mick Mulvaney on CNN:

JUST NOW: “What I would say to Mick is, you’re a good Catholic. Resign. Go to confession, okay? And then let’s rebuild your career from here. “@Scaramucci gives a messages to WH acting Chief of Staff Mick Mulvaney.
@NewDaypic.twitter.com/5g6O73Lqvz

My take: who’d have thought you’d hear the sacrament of confession mentioned on CNN on Monday, instead of in the pulpit on Sunday? 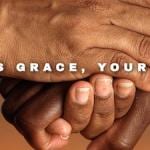 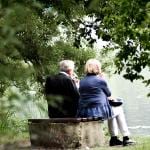 October 21, 2019 The secret to a long marriage? Maybe It's not that complicated.
Browse Our Archives
get the latest from
Catholic
Sign up for our newsletter
Books by This Author Books by Deacon Greg Kandra