From Cincinnati, here’s something different:

Good Shepherd Lutheran Church member Katie Zink sat up in the balcony with most of the tween-age kids as usual the day the “big announcement” was revealed.

Church staff had kept their secret since June. Even Zink’s husband, who is on the staff, would not tell her what the excitement was about.

Senior Pastor Heidi Johns began by asking one member from each family to come up and grab an envelope.

“As soon as [Johns] said that, and I think within 10 seconds, there were the kids from each family running forward, ready to get their envelope,” Zink said. “And I think it’s cool because kids sometimes show what we’re feeling inside, because they don’t have the inhibition.”

Some members of the Kenwood church had shown up in the yellow t-shirts that Good Shepherd hands out once a year for their God’s Work, Our Hands initiative, which usually takes place in the fall. They thought maybe the announcement would have to do with a service project.

They weren’t totally wrong – but the work was not going to be done that day.

Once each family was settled with their unopened envelope, Johns began to explain what was inside: a check, for either $100, $250 or $500, with the “pay to the order of” line left blank.

This year the initiative would be called God’s Grace, YOUR Hands, Johns told them. Each family was to decide how to “use this money to bless the world.”

The checks were designated by luck in a blind draw, church authorities said. A total of $60,000 was distributed. 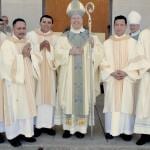 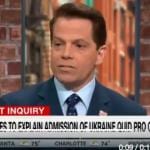 October 21, 2019 Scaramucci to Mulvaney: 'You're a good Catholic. Resign. Go to confession'
Browse Our Archives
get the latest from
Catholic
Sign up for our newsletter
POPULAR AT PATHEOS Catholic
1