Inconvenient Bliss: When Others’ Dreams Force You to Change

Inconvenient Bliss: When Others’ Dreams Force You to Change April 12, 2016 Ellen Debenport

What do you mean, you’re following your bliss?!

As much as I encourage people to listen to their hearts and pursue their dreams, sometimes their choices are massively inconvenient to those around them.

One of my mentors, Mary Morrissey, says guidance is never convenient.

It also can be scary as hell.

Because following guidance nearly always means letting go of The Way Things Are.

And no matter how often I hear that I should embrace change, I tend to leave claw marks on whatever I have to release.

Is your guidance prompting you to do something you know will inconvenience, or even anger, others?

Or has someone else’s guidance left you in the lurch? (Lurch: feeling insecure and afraid about the unknown future, with a dash of abandonment thrown in.)

WHEN DREAMS DON’T INCLUDE YOU

Let’s say your husband wants to give up his corporate job with bonuses and benefits to — oh, I don’t know — open a boutique to sell medical marijuana.

Or your wife has asked for a divorce because the kids are grown, and she says it’s finally her turn to pursue the life she truly wants.

Or you’re supporting your adult son who can’t shake the idea that he’s a going to be a rock star and refuses to get a “real” job?

Or your most trusted employee, the one you rely on for everything, decides to retire?

Dreamers may be pursuing an exhilarating new chapter in their lives. And yeah, I’m happy for them. I admire their courage to extricate themselves from unsatisfying situations and go for the gold.

But I want to whine, What about me?

What about those who feel left behind while others pursue their dreams?

Of course, I have followed my dreams at times.

I suppose it was inconvenient when I left my longtime newspaper job to go to seminary, but I imagine the editors were relieved to hire someone cheaper or eliminate the position altogether.

It was inconvenient when I left my church in Dallas to write a book, but they found another minister, and consciously chose someone unlike me.

My point is, they managed. They might even have been happier.

That’s the result of true guidance, I believe.

There is no private good.

Meaning, if it’s good for the dreamers, it will be good for those around them. Somehow. Someday.

Trouble is, the dreamers can usually see the good before others can.

Years ago, my church’s music director decided to leave to get a PhD. He was excited about the doors it would open professionally, and saw nothing but good ahead.

As the minister, I thought we might die without him. (So did the choir.)

But we eventually found a new music director with a different set of skills, who brought new ideas and energy to the services, and who became equally beloved.

I know that’s how the universe works!

I’ve seen it happen over and over, with employees, volunteers and even friends whose dreams took them far away.

Or have you got this handled?

Who in your sphere is following their bliss? How is it affecting you? And how can you be happy for them while coping with the fallout they might leave behind?

I’m sure it’s all in the way we think about it. Instead of seeing disaster, we can affirm that opportunities have opened up, even if things will never be quite the same.

New people will be provided. New ideas will take shape. You could be giving up the good for something better.

That’s what I would tell someone else.

Do you believe that’s true? Or is “follow your bliss” nothing but selfishness in disguise?

I would love to hear about your experience. Comment below, or email me. ellen@ellendebenport.com.

PS – I’m sitting here chuckling, because it just occurred to me I wrote a whole book about this — what to do when your life has changed and you don’t know what’s next.  Obviously, I’m still ruminating on the topic. 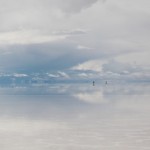 April 4, 2016
Trusting You're Not Crazy When You Hear Voices
Next Post 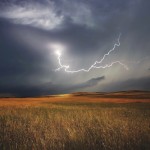 April 19, 2016 When the Gods Are Angry
Recent Comments
0 | Leave a Comment
Browse Our Archives
get the latest from
New Visions
Sign up for our newsletter
POPULAR AT PATHEOS New Visions
1