Why Be Politically Correct?

I confess, it has taken me a while to figure out what Donald Trump and his supporters mean when they say they are tired of being politically correct, that political correctness somehow has kept them from being the true patriots they are.

But I get it now.

They are confusing political correctness with tolerance and compassion.

Elections are about identifying problems and offering solutions. Most of the time, candidates on both sides talk about the same problems – health care, national security, the economy – and they even agree on the ultimate goals of peace and prosperity.

But they disagree vociferously on how to solve the problems and – this is key – who should be blamed for them.

YOU CAN’T FIGHT BACK

So here comes Donald Trump, suggesting we should blame Mexicans and Muslims for our problems.

He disarms critics by saying at the outset – even boasting – that he knows his ideas are not politically correct.

In politics, this is sometimes called self-inoculation. If you lament you’re going to be criticized, then any criticism that arises is just par for the course, something to be expected from your enemies. Ho hum.

So when Trump stands before a crowd, as he did the other day, and alerts them that what he’s about to say is “probably not politically correct, but I don’t care,” they’re already salivating. The world is on notice that anyone who disagrees with the substance of his ideas is just a pointy-headed liberal trying to stifle free speech, while Trump courageously speaks the truth.

Never mind that the words are inflammatory and hurtful to some – those people are losers.

It’s a brilliant way to deflect criticism before it occurs and to avoid engaging in a battle of actual ideas.

Maybe Trump’s advisers suggested it, but I’m guessing it comes from his bone-deep marketing instincts, where he truly is a genius.

WHERE DID THIS START?

Assailing political correctness is nothing new. Actor Charlton Heston called it “tyranny with manners.” In 1991, President George H.W. Bush described it as an assault on free speech.

“The notion of political correctness has ignited controversy across the land,” Bush said. “And although the movement arises from the laudable desire to sweep away the debris of racism and sexism and hatred, it replaces old prejudice with new ones. It declares certain topics off-limits, certain expressions off-limits, even certain gestures off-limits.”

Well, yes. Because one of the ways we change our culture is to be careful with our language.

Every time we go through a civil rights debate – blacks, women, gays – we learn that some of the language they’ve been hearing is painful. Words can hurt you.

So the people who support greater equality have tried to watch their words. As Bush put it, “to sweep away the debris of racism and sexism and hatred.” They have tried to bring about a new era by diminishing differences and using gentle language to describe issues.

What would Trump’s supporters like to say, if they felt unconstrained by political correctness? We saw it in flaming color this week when they were queried by Public Policy Polling in South Carolina.

These are not just angry white men. Trump’s support spreads across ages and genders, evangelicals and non-evangelicals.

Why not speak openly about these feelings? Why be politically correct?

Because we’re better than that.

Because tolerance and compassion create a better society than hatred.

People who are trying to understand others unlike themselves are not just conforming to some squishy trend but actually strengthening the country, moving us forward, leaving their world a better place.

This week at Texas A&M, the administration apologized profusely — in person — to a group of inner-city high school students who had visited campus and were taunted by a small group of Aggies to “go back where you came from.” The university wasn’t knuckling under to political correctness. The administrators seemed to be truly mortified, wanting their institution to rise above bigotry.

This country was founded on the equality of all people, even though the founding fathers were not fully evolved on who “people” actually are.

We’re still working on equality, still trying to live into that ideal.

In some faith traditions, it might be a reminder of Jesus, who ate with outcasts and even spoke to women, for heaven’s sake.

For others, their moment of reflection might remind them the sacred dwells in all people, no matter their appearance or behavior.

Or a moment’s thought before speaking might be enough time to remember a desire to honor all paths to God, even while practicing your own.

The words we choose will very gradually shift attitudes and counteract prejudice, which is having judged without knowledge.

Our words not only express who we are, but remind us who we want to be. 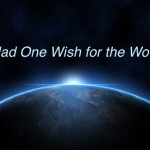 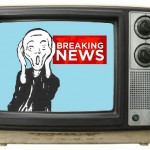 February 23, 2016 How to Watch the News Without Despair
Recent Comments
0 | Leave a Comment
Browse Our Archives
get the latest from
New Visions
Sign up for our newsletter
POPULAR AT PATHEOS New Visions
1