I’ve fallen prey to the “nothing is right to say so say nothing” theme.  That silence could be misinterpreted as tacit approval of the heinous acts we’re becoming more and more aware of. Let’s clear that up.

The easiest position to write from is defensiveness or accusation, but that’s not helpful.  We’re challenged to hold two ideas as true at once:  a) the world is a miraculous, beautiful place of learning, growth and change, and b) we are so far down a downward spiral that it’s almost impossible to see a way out.   Or:  1) people should take responsibility for their actions and all lives matter, and 2) there *is* systemic racism in law enforcement and many other institutions.  OR: A) people shouldn’t resist arrest, and B) cops shouldn’t kill people in the street.

The tears and pain of what is coming to light right now are cleansing our eyes so we can see the next hurtful thing with greater clarity.   And also, greater fury.  What is going through a person’s mind when they watch someone, no matter who they are or what they’ve done, die and do nothing?  How can this happen?  In America or anywhere?

These deaths, these abuses, are not a new happening.  It’s not that those in authority have now suddenly started killing black boys and men with alarming frequency.  That’s been going on for a few hundred years.  But now we can see it.  Now those affected have a larger voice, a forum for connecting to share their grief with the world.  There’s a sharp lens turned toward this particular ‘ism’ right now.  It’s very visible and it’s time to look at it.

This is really freaking hard. It brings up all sorts of confusion, guilt, dread, helplessness.  And that’s just writing about it as a white upper-middle class woman.

Margaret Atwood said, “Men are afraid that women will laugh at them; women are afraid that men will kill them.”  I think this also speaks to the power imbalance between Black people and our current social systems.  We’re seeing now that it makes perfect sense for Black men and boys to fear that they’ll be killed by those with authority.  It keeps happening.

I do support law enforcement.  I support the purest form of it, where justice is meted out independent of racial considerations.  I know that there are people in the world who do really really bad things and need to have a time-out from society.   And any ‘punishment’ that makes you think, “Yeah, yeah!  Get ’em!” like children watching a schoolyard fight, could use some re-thinking.

I do support the idea of personal responsibility.  I think people should take care of themselves and own up to their mistakes.  And there are factors at play in these situations that I have no concept of because I haven’t lived it.

I support the thoughtful creation of intelligent and compassionate educational and judicial systems.  Listening and connecting to each other and teaching our children to do the same. Learning about other cultures/classes/shapes/orientations, so we lose our fear of those who are different from us. Recognizing that there really is no “Not In My Backyard”; we all share one big Yard.

I most particularly support stopping the immediate harm, stanching the bleeding, *then* figuring out the long-term solution.  Because while we argue about why it’s happening, people are dying.  What can we do right now? 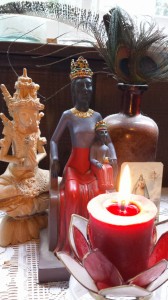 Blessed Mothers, hear the cries of your children.  Lend us clarity through the pain, so that we make our lives better, not worse.  Lend us compassion for ourselves and others, so that we can offer greatest assistance to those who need healing.  Lend us strength and courage to confront discrimination wherever it arises, on the bus, at work, in the courtroom.  Open us to understanding that we are all, truly, One.  Ashé! 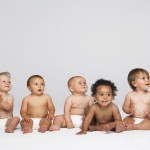 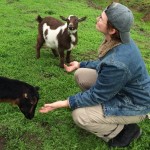