Jesus and Me ~ A Pagan Love Story

When I was a small child, my family celebrated Easter by dressing up and going to church, followed by a family egg hunt at Grandma’s house.  In the afternoon, there was the big ham, potato salad, cakes, ice tea made from that powdered stuff, and Grandma’s home-made chocolate covered cherry eggs. 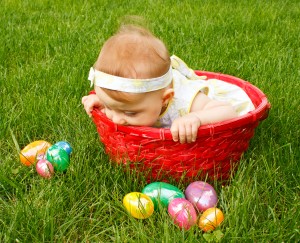 I can remember those eggs, my white patent-leather Mary Janes, my Grandfather’s deep voice, but I can’t remember anything about the church.

My mother was raised Catholic, old-school, 3 hour mass in Latin and all.  My father was raised Baptist.  When they got married, he had to take catechism classes and sign a note promising to raise their children Catholic.

After we moved away from my mom’s family, I didn’t go to church anymore until I was a teenager in high school.  When my Grandfather died, Mom felt a need to reconnect with the religious practices of her childhood.  So we started at St. Vincent’s Catholic Church.

Attending this church every Sunday for some years, I got to see how it worked.  Folks would do whatever they wanted to do all week and then come pray for forgiveness.  They were angelic to each other’s faces and demonic behind their backs.  It’s the same story so many others have told, of hypocrisy and misogyny.

My best experience of ‘Christianity’ was when my family got the Jesus Christ Superstar album and we played it over and over and over again, to the point that my brother and I can still sing nearly every song, in order.  I saw the movie of JCS and I loved it.  I wished my church could be like that!  Revolutionary!

But it wasn’t.  My church never talked about the Jesus who was a long-haired, barefoot, thrower-out-of-money-changers.

So I didn’t think about the son of god for a long time, during which time I recognized my path as Paganism/Witchcraft.

When my husband Matthew and I got together (which notion was blessed by the fact that we *both* could sing all the songs from Jesus Christ Superstar*), he had a relationship with Jesus.  He saw him as a god of forgiveness.  I was surprised that a Pagan priest had the prince of peace in his heart, but I was willing to learn.

Matthew did a meditation with me, to reconnect with Jesus and feel his presence, not as what the church had made of him, but as a being in his own right.  It was a standard, close-your-eyes, trance-journey, “now you see this person before you” sort of meditation, and when I beheld Jesus in my minds-eye, I broke down in tears. 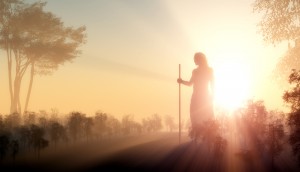 The message I got from him was of strength and resilience and quiet power.  Of doing what needs to be done for the greatest good.  Of loyalty and trust.  I wept for how lost and confused his story had become.  I wept for how his words and actions were turned into hateful rhetoric.  I blessed him and his pain and invited him into my life.

So, am I saved?  I welcomed Jesus into my heart, there to take his place among the other spirits of compassion.  I asked him to share the strength of his revolutionary spirit with me and to teach me how to rise again.  I don’t think that’s what they have in mind when they say “saved”, but I could be wrong.

I’m still learning about loving (and being) a child of the gods.

*We discovered later that Matthew knew the *movie* version, while I knew the Broadway version.  We got over the difference.  Eventually. 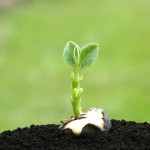 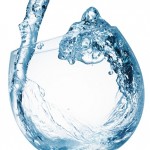 April 1, 2015 On Water ~ A Poem
Recent Comments
0 | Leave a Comment
Browse Our Archives
get the latest updates from
Dirt Heart Witch
and the Patheos
Pagan
Channel
POPULAR AT PATHEOS Pagan
1