Did y’all ever have the experience of putting something down and saying “I am done with this practice, this teaching, this philosophy?”

And then, did you ever, some years later, have that thing tugging at your sleeve going, “Oh, darlin’. You weren’t done with me at all.”

And sometimes it’s a really garbage thing, like poverty or drawing bad love to you. And that is a very bad day.

But sometimes it’s a really gorgeous thing, like a wondrous flower that you spent many years cultivating until the flower show judges and the pressure to grow a thousand flowers just the same made you just set it all aside. Either way, a shakeup is imminent.

So pretty much that’s my life right now. I’ll tell y’all all about it, but first, some history:

Fifteen or so years ago, I received an initiation in Feri Tradition. It was my first initiation, though I’d been running in Craft circles for many years by then. I just never had the desire to ‘join up’ with anything in particular. I liked my made-up, inventive, spontaneous, poetic stuff. And through some good Feri teachers, I found a core of the trad that was just what I’d been looking for: creative, curious, joyous, courageous, compassionate. Or maybe that’s just how I saw it. But either way, it was Good.

So I eventually started teaching. Now, I’d had several teachers and none of them were lore-heavy, so what I got from them was more a flavor than anything else. That really suited me. So I wrote a bunch of my own curriculum and got some students and went to town.

Some years into this, there was some upset in the Feri Tradition. I decided that I wanted to put up a little fence around what I was doing, not a big ol’ privacy hedge, but just a little knee-high picket fence to say: over there is your thing, and in here is my thing. The best way I could think of to do that was to create my own line within the tradition.

And whether that was the best thing for me to do, I’m still not sure. But Shapeshifter it became and it was Good. I taught in person and online, day-long and weekend retreats. And for those who’d gotten far enough in, the ‘teaching’ part fell away and we were just a little family.

That went on for some years. Then there were changes in all of our lives and folks fell away. I fell away. I put the whole Shapeshifter thing in a little room and shut the door. I still wrote about it a little bit here and there, but mostly I became a farmer! I wrote a book! I traveled! And I came home! And just the other day, Shapeshifter (because these things do have a mind and spirit of their own) whispered in my ear: Hey. I’m still here. I want out. Let’s talk.

Aaaaand of course I did some readings on it and it was abundantly clear that it was time. It is time. And so Shapeshifter is back.

And what does this mean for the future? Well, firstly, there will soon be an announcement of the exact dates of when I will formally begin teaching Shapeshifter again. Early April is my target. To keep apprised, sign up for my newsletter on my website.

Just one more thing. Here is a little something I wrote back in 2011 or so, when I introduced the line, slightly updated. Take a read and see if there’s anything here for you.

Shapeshifter is the Line of Feri Tradition originating with Jenya T. Beachy, at least inasmuch as you can say that anything ‘originates’ anywhere. Since everything is always in process, the best one can do is to arbitrarily pick a moment and say, “here’s where it started” and so it is written: Shapeshifter begins (again) now! And now. And now…

Shapeshifter tradition is empowered by the Magick of your hands, the Poetry of your head, and the Wisdom of your Heart.

Our Pentacle consists of these points: Joy, Creativity, Compassion, Courage, and Curiosity.

One story that enchants the Line is that of Cerridwen and Gwion Bach. While in service to the Goddess, the boy makes a large mistake, ingesting three drops of Her sacred brew, and receiving the power of transformation. The Lady goes after him. He uses his newfound power to pass through many forms, both predator and prey, finally being consumed by the Goddess entirely and rebirthed as the great Bard Taliesin.

Shapeshifter wants you to be a fish and a bird and a hare, to be full of outward change and inward stillness.

Shapeshifter calls you to recognize that, if I am God (and I am), then so are you (and you are). That’s a big responsibility; we meet every being sovereign to sovereign and know that we must share this world. Each other Ruler has just as much a right to be here as we do. We can learn from them, or at least from ourselves in interaction with them.  Shapeshifter helps you to get ready for when something really hard comes upon you.

Shapeshifter has an Idea; it encourages curiosity and exploration and adventure.

Shapeshifter implores you to sing, to dance, make bad art, or learn to make a new good art. Play the banjo or kazoo. Shapeshifter is unpretentious and likes to have a good time.

This doesn’t mean that Shapeshifter is not serious. Shapeshifter is deadly serious. There is no path that leads into the Center that is easy or benign. People get broken, tangles are forcibly undone, change comes quickly and discomfits those around us, or too slowly and we get bored and tempted to go back to our old ways. There are many trials on every worthy path. Shapeshifter encourages you to walk at least a step or two every day.

Shapeshifter has high standards; you will be called to step into the highest Truth you can reach today. Tired excuses will not be excused. You must kick your own ass. And you must rest from your ass-kicking as well. This is Shapeshifter canon.

The Gods (this means Us) have given us (also us) this physical realm as our home, our school, our playground and our church.  With every challenge, we may learn from the Teachers that are all around us, the Elements and our other Kin of Spirit and Nature. Birds teach us to get above it all, see things in a new light. Water teaches us to go around, and to wear down.  Shapeshifter uses these lessons to help us learn to walk on the Earth with respect for ourselves and our fellow beings of all forms.

Shapeshifter knows that all things have consciousness, from the tiniest particle to the Universe Herself and that we can make connection with any of these, at any level. There are convenient stopping places: a single human personality, a community of like-minded folk, a school of fish, a tree, a thunderhead, a nebula. Some of these things are far beyond our ken, and communication is difficult, if not impossible. Even so, Shapeshifter recognizes consciousness in all its forms and offers a respectful greeting.

Shapeshifter was born in Feri Tradition, in the dark, wild magick of the Mad Poet, and the clean, simple magick of the Kitchen Witch.  Shapeshifter also incorporates Jane Robert’s Seth Material and Rumi’s poetry and teachings from 12 step programs and owes much to teachers and friends Alison Harlow, Francesca de Grandis, Valerie Walker, T. Thorn Coyle, Cora Anderson, and John Mirassou.  We are grateful for the teachings and the friendship.

Jenya is a Teacher, Writer, Preacher, Rootworker, Farmer, Brewer, and Witch. Also, she is an Initiate of the Anderson Feri Tradition. All these things come to fruition in the unique practices of Shapeshifter. Also, dancing. Did we say?

Shapeshifter won’t tell you who to worship but will help you to “turn on the porch light and see who is there” (thanks, Victor!), to know the Gods that sing in your blood, that fascinate your mind, that arouse your desire. The first of the Gods is God Herself/Goddess Himself and you are Hir beloved child. Shapeshifter honors you, sister, brother, neither, both. 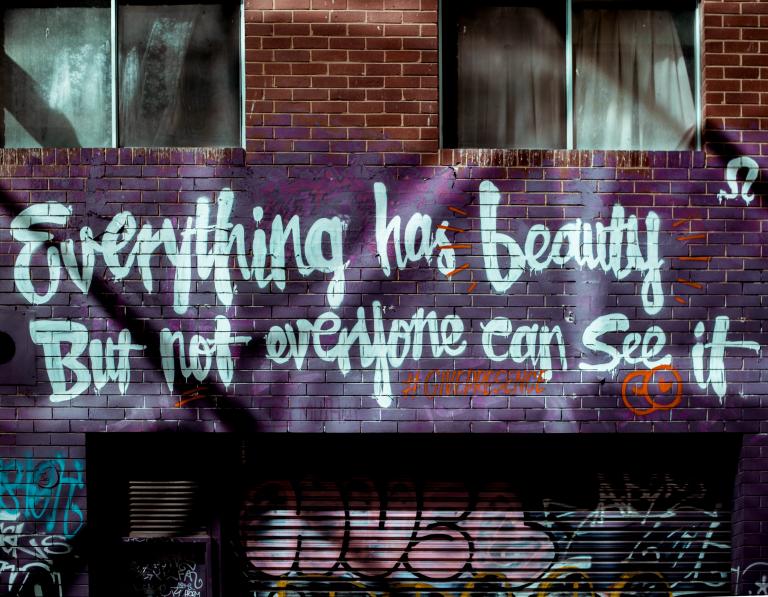 This training is not for everyone. Money and other resource exchange happen. Work and Play happens. Rituals of completion and readiness may be sprinkled throughout, at need.

Initiation into Shapeshifter Feri is never guaranteed, but may come sometime after the preliminary training, and after an indeterminate time of apprenticeship.  Shapeshifter needs you to be honest about your expectations, so you are not disappointed.

Shapeshifter travels the wires, the wireless, the aka threads, the astral planes, appearing in sounds, pixels, goosebumps and energy surges. We ride the energy moving freely through space and time, affecting all the worlds.

Shapeshifter requires commitment but will not hold you hostage. The student-teacher relationship is always at Will.  To travel this path, one must be of high integrity, with a strong practice and a deep commitment to living in accordance with one’s own Divine Will.

We are called Shapeshifter because the forms aren’t the Truth. Appearances change, twist and bend, as they should in this Craft. We seek what lies beneath. The Tradition that can be spoken is not the true Tradition (thanks, Taoism!). Every word, every ritual, every tool, is a finger pointing to the moon, or a shadow on the wall of the cave.

Shapeshifter invites you to explore the Cosmos within you.

Shapeshifter invites you to be the Dancer round the Fires of Creation. 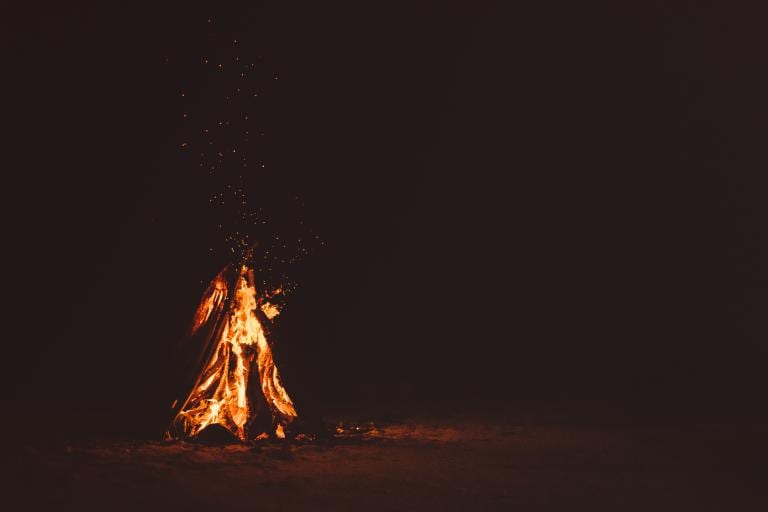 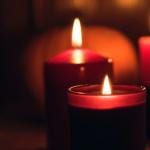 January 18, 2019
A Three-Part Magick Spell for Serenity, Courage, and Wisdom
Next Post 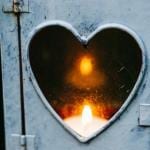 January 28, 2019 Seeing the Path Clearly~Imbolc Advice from Goddess
Recent Comments
0 | Leave a Comment
Browse Our Archives
get the latest updates from
Dirt Heart Witch
and the Patheos
Pagan
Channel
POPULAR AT PATHEOS Pagan
1

Watch Hilda not Sabrina if You...
Dandelionlady
Related posts from Dirt Heart Witch