“Identity” has become a buzzword, peddled and circulated with increasing bombast in all manner of social, political and scholarly discourse.

People now cannot do or say anything without first making some statement of his or her racial, gender, geographical or other identity marker, either apologetically or with a touch of chauvinistic pride. In this context, identity is a thing peddled to voters as a spike in the ground, the firm or inescapable foundation upon which all things are built, and an island of unchanging stability amidst the roaring tides of postmodernity. The picture painted here, one noticed by political philosophers such as William Connolly, is one where identity is calibrated in combative terms. Identities are regarded as self-contained categories in a constant struggle with other identity markers. One with an identity marker – which is basically everyone – regards their identity as either pure and undefiled on the one hand, or mixed and violated on the other. Identity here is treated both as something that they always had, whilst simultaneously never realising that they had. Here identity is manufactured and commodified and treated like Australian table wines in the hands of Monty Python, that is, something regarded as only suitable for hand to hand combat with others.

Away from the bright lights and loudspeakers of the public square and under the bright lights of the shopping mall, we see another identity being peddled, though in a much subtler way. Instead of a platform, identity is treated as a product to be acquired , though the same type of commodification of identity is taking place. There is something rather different, however, of the identities being streamed on LED billboards, draped onto mannequins and pasted onto catalogues. Here, one sees identities not as something to be defended against. Rather, identities are regarded as things that the customer gives into. Identity is something that coheres with the watch, the perfume, the suits and the lifestyles that in turn are enjoyed by models, film stars and executives. Unlike the identity peddled by political entrepreneurs, the type of identity peddled here recognises that identity is tied to identifying with others. However, the identity peddled here is quite literally manufactured, and something that one with the right credit line or cashflow buys into, acquires and puts on. What is more, the identity peddled here is ephemeral, to be put on only to be taken off at the next season, which is when one’s identity is finally found. The crass manufactured nature of the identity of the mall accentuates something of the identity found in the public square. Namely, this second identity is more honest than the first in admitting that the peddled identity is something foisted upon a person, not having any organic connection to a person’s substance apart from a few pieces of cloth, leather and plastic tacked onto one’s skin. Identity is acquired only at the cost of erasure of one’s own.

Indeed, the resemblances between this second type of identity and the first is partially why we have been seeing in the twentieth century – and continuing to see in the twenty-first – a kind of manufactured identity politics where the products of identity making in consumer culture are converging with the bureaucratic modes of identity formation in governance. It is a kind of postmodern nationalism in which identity, combat and the surrender of self to media-crafted personae converge. What is more, Christians have played into this convergence, seeking to assert in myriad ways a “Christian identity” in a public forum.

Meanwhile, somewhere in the middle – or maybe it is in the margins, or maybe it is both – of this great identity vortex, stands another type of identity marker, the marker of Christ. This kind of identity bears some resemblances with the first two types of peddled identities but refusing equivalence with either, a refusal that thereby undercuts and overturns them both. It is an identity with a transcendent horizon, rooted in a figure not of this world. Unlike the consumer identity, which seeks to defend its own integrity at all costs, Christ’s identity is kenotic. In Christ, the divine logos emptied its own identity into the identities of this world for the sake of that world – the event those who follow the divine logos call the Incarnation. There is a hypostatic union between Christ’s identity and ours.

Because of this union, the identity of Christ is unlike the chauvinism of the politically manufactured identity, which seeks to aggrandise itself and resist coming close to others at the risk of contamination of their own identity. Being kenotic, Christic identity never pretends to be self-sufficient, but is fulfilled in the encounter with another. Furthermore, it is an identity that is sacramental, confected in the living body of the Church, and confected to reveal the true identity of the person receiving the sacrament – in the same way that Augustine suggested in his homily on the Eucharist, where the act of receiving Christ into you as an act of knowing who you are.

The casting of the old self, exhorted by Paul and demanded by the sacramental act, is not an act of erasure of identity. Rather, it is only via this sloughing of the false self and the donning of Christ’s self, that one finds true identity, an abiding self made in the image of an abiding God. 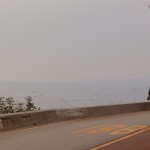 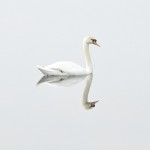 February 22, 2017 The Mediated Self: Identity, Advertising & Eucharist
Recent Comments
0 | Leave a Comment
Browse Our Archives
get the latest from
Catholic
Sign up for our newsletter
POPULAR AT PATHEOS Catholic
1