We are pleased to feature a guest-post this week by Dr. Timothy J. Furry, who is Instructor of Religion and Philosophy at Cranbrook Kingswood Upper School in Bloomfield Hills, MI in the United States. Dr. Furry is also the author of Allegorizing History: The Venerable Bede, Figural Exegesis and Historical Theory, published by Pickwick Publications.

Moreover, friendship would seem to hold cities together, and legislators would seem to be more concerned about it than about justice. For concord would seem to be similar to friendship, and they aim at concord among all, while they try above all to expel civil conflict, which is enmity. Further, if people are friends, they have no need of justice, but if they are just they need friendship in addition; and the justice that is most just seems to belong to friendship.

Some time ago, I shared a Facebook post about an encounter I had while being what I (reluctantly) am–pretty bourgeois. I just bought a new suit and needed to get it tailored, so I took it where my “suit-guy” recommended, a tailor shop right below their wholesale showroom. While making small talk and being fitted, I off-handedly commented about distracting myself from television that day. It was January 20th—inauguration day. One of the men instantly smiled. The next 15-20 minutes was a time where Ahmed and I learned about each other’s education and that we share a passion for God and philosophy. Ahmed recently graduated with a bachelor’s degree in philosophy and psychology and was applying to law school. His main interest is the philosophy of religion, and we discussed the philosophical consequences of monotheistic belief. Our conversation was energizing and hopeful. On the day of Trump’s inauguration, I made a new friend who happened to be Muslim. To draw from Aquinas and make a terrible pun, it all seemed quite fitting.

I also wondered and asked Facebook how I could feel and think that making Ahmed’s acquaintance was, in addition to other things, a form of political resistance to the incoming administration. My computer and phone notified me of various forms of feedback on my encounter and ponderings. I noticed that more conservative leaning friends thought my actions and conversation lacked political import, voicing concern about politics being divisive, while my more left leaning friends seemed fine with such a description. I have thoughts about that, but following them would lead down a path less central to what I think is important here.

I agree with Aristotle that the making and sustaining of friendships is a form of political action and that friendship is a higher, more capacious good than justice insofar as just persons still need friendship. That much seems clear to me. Furthermore, I think it’s imperative that we create and maintain friendships in an increasingly divisive political context. In fact, it seems to me that Trump and Bannon’s nationalist strategies thrive on fear and the breaking down of friendships or instrumentalizing them through a particular ideology.

However, a lot needs to be said in addition to the affirmation that friendship is a more final end than justice. Friendship, even when it includes virtue, is insufficient. As Aristotle notes, justice, politics, and friendship are distinct. I have, for example, no reason to doubt that fairly vicious people have genuine friendships, exhibit courage, and possess other legitimate virtues like loyalty. Henry Kissinger and Hillary Clinton are friends, after all. Policy and political power are quite different. Decent human beings and politicians can promote unjust policies, and morally corrupt politicians can support just policies.

Policy matters because justice matters. Friendship with others, including Aristotle’s complete friendship, doesn’t compensate people fairly for their labor, give them equal legal dignity, or make them less likely to be a victim of discrimination. Moreover, sometimes friendship occurs between people and one of them advocates (actively or passively) for the unjust treatment for their friend. People are often fairly good at being nice or friendly to each other, even at the expense of justice. In fact, many are often quick to denounce others as mean to preserve a kind of politics of manners or friendliness even at the expense of truth. And here is my main point and concern: friendship, in our current arrangement, has become detached or at least easily detachable from justice. How this has come to happen is interesting to consider, and I’d imagine Charles Taylor’s A Secular Age has insights to share regarding how we’ve learned to divvy up the so called private and public spheres, i.e. friendship is private and justice is public, but let’s set the causes aside for a moment.

The main issue is that if it is in fact the case that our friendships have little or nothing to do with justice, then how can friendship help solve our predicament? If we’ve come to see our dealings with others as severed from a common good, then friendship, as it currently stands, cannot be the answer. People feel isolated (personally, economically, socially, etc) from those who represent them and/or make decisions that impact them—the economic collapse of 2008 heightened that awareness—and so they elected someone who they believed to be a political outsider with the hope of making them insiders once again. If one reads the words of Stephen Bannon, this seems to be exactly the point of “Make America Great Again”. There are many avenues to such a perceived place of insider-status: race, class, gender, political ideology, the list goes on. .

Because I think most would agree with that, which isn’t helpful, I will be more concrete. For people like me, this means befriending people not like me. In our friendships across difference, we must be willing to confront questions like, Why are many of my black friends upset about people saying “All lives matter”? Why are my Muslim friends deeply disturbed about Trump’s presidency? Am I willing the good for my poor friend if I advocate policies that take away their healthcare and food stamps? Am I willing the good for my Syrian-American neighbor if I’m supporting a policy and president who is keeping my friend’s relatives in harm’s way?

Furthermore, we must interrogate our answers to these questions, especially carefully, if we disagree with our friend. Regarding the Syrian American example, someone might say they are willing the good (safety) for other friends and neighbors by blocking refugees from coming to America. We must ask ourselves, what evidence do I have of that claim’s truth? Is it a pure harboring of ideology at the expense of human life? Other questions that need raised and addressed would be: How can I convince or persuade my friend that their view is actually bad for me and not a willing of the good? Presumably yelling is unlikely to work, but it could in the right relationship done in the right way. Sometimes being yelled at by or visibly exasperating someone I trust is what I need to see and think more clearly.

Ultimately, we must look our friend in the eye and be willing to trust (a form of good will) that they have at least a decent idea about what’s good for them. We must be willing to be shown we are wrong and be willing to advocate for our friend’s good. All of this is part of how one accrues goodness and virtue, or, put more succinctly, how one simply becomes good. And people becoming good, not simply holding right positions, is good for politics. Since policy directly impinges on justice, becoming good and having complete friendships will not solve all of our problems, but it’s important nonetheless. When practiced well, friendship connects persons and political justice without being reduced to either the political or the merely personal. 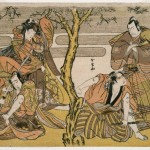 January 31, 2017
Playing Heaven and the Real Liturgical Deal
Next Post 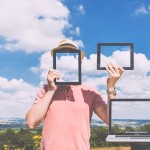 Catholics: They Are Not Coming Back...Unless...
Thin Places
Related posts from The Divine Wedgie