A former colleague, a Latinist, one day pointed out the neoplatonic influences behind the creation of the word “universe”.

The word, when broken down to its elements of “uni” (one) and “vertere” (to turn to), denote the universe’s orientation towards the neoplatonic One, that transcendent source of all that is in the cosmos. In neoplatonic philosophy the cosmos, having been generated by the One, is constantly orienting itself towards its source, and its life cycle is one of constant return to its transcendent font of being.

One implication of this neoplatonic understanding of being in the cosmos is that plain simple living on this earth already comes with a built in orientation towards the transcendent cause of its existence. To be is to turn towards towards that which is beyond being.

The trouble is, however, is that we now live in an age that has made a virtue of consciously cutting itself off from the transcendent, asserting the temporal as a self-contained ball of immanent causes, with the aim to establishing a completely free zone of simple temporal living.

What is expected is a shiny, sparkling unit of self-sufficiency, brimming with a million potentialities now that it is free from the fetters of the transcendent. Instead, what one ends up with is an orientation towards itself as its own end, to replace “the One” that stood there before it. Without the external anchor of transcendence, being collapses under its own weight, and every being will orient itself towards that collapse.

While the metaphysical works by philosophers from Plato to Aquinas to Milbank have written massive tomes on the effects of this self-sufficient immanence, it is Josef Pieper’s Faith, Hope Love which spells out most starkly what happens when nature seeks independence from supernature. In his chapter on the theological virtue of hope, Pieper observed that the transcendent is not only our existential anchor. It is also the “fulfilment” of every creature – making every creature a “not yet” –  which is why the entire cosmos is oriented towards the transcendent One. When this delicate thread is cut off, says Pieper, fulfilment is still sought, only it is “the negative side becomes the absolute value” and we become oriented towards nothingness as fulfilment. When this happens, according to Pieper

The inner “not yet” that once characterised the creature’s nature is changed into a characteristic inner “not”.

What this means in our cultural practices is that, at best, we become, in the words of Gotye, “addicted to a certain kind of sadness“. We gravitate towards news of disaster, and make entertainment out of a genre designed to instill the fear of impending death.

At worst, we make a virtue of obsessing over our own annihilation. We make beautiful an erasure that serves no meaningful purpose, whether it is sought deliberately or through some act of super/nature. The culmination of a fully immanent frame of reference, according to Pieper, will always be death. This is borne out in the aesthetic grandeur of movies such as The Hours or Melancholia, in which the heroes are the ones that find that the sweetest things of this earth taste like ash, and find fulfilment only in turning towards the embrace of death, whether their own or that of others.

It is true that not all within such an immanent frame actively seek such an erasure. Some may seek to resist it by embracing immanent life as a treasure to be protected, whether it is through a Nietzschean “will to power” or in the Cartesian idealisation of thought. However, Martin Heidegger has alerted us to the reality that such an orientation is still a “being towards death”, it still has death on the horizon, and nothing can be done to stop its arrival. However much we try on our own, in the confines of immanence, death still has its sting. In the face of it, the best one can do is fight a losing battle with death or learn to settle with it.

In a fully immanent frame of reference, with the pall of death waiting to finally cover us, one thing that is never entertained, that is the conquest of death, or more specifically the rejection of death’s finality. Only a transcendent horizon is able to tackle this issue, but attention must be given to the mode by which the finality of death is tackled. This will have to be dealt with in another post. 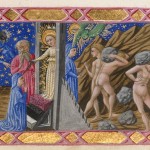 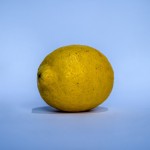 April 4, 2017 The Laughing God
Recent Comments
0 | Leave a Comment
Browse Our Archives
get the latest from
Catholic
Sign up for our newsletter
POPULAR AT PATHEOS Catholic
1