Only One A**hole in the Body of Christ, Please!

There seems to be a fine line and a big difference between being orthodox and being a dick. Some of the nicest people I have come across in a parish are taken up in the kumbaya industrial complex, while some of the most orthodox people I have known have made it a point to make obnoxity the proof of their orthodoxy.

Granted, there are great variations between these two poles. Some of the most pleasant people I know are also the most orthodox…some…

Oh, I’m not talking here about the silliness about collapsing orthodoxy with allegiance to political parties. That’s another kettle of fish entirely. No, what I’m talking about here is just orthodoxy in terms of Church teaching. There are many who seem so good at knowing what the Church teaches (not what they think they teach, but what the church actually teaches), and power to them for being so knowledgeable. But do they really have make other people know that they know so much? Do they really have to assume that somehow that superior knowledge makes them experts in everything, including my own life? Must that knowledge always be manifest in saliva-sprinkled brow beating?

Sadly, it seems that the slide from orthodoxy to obnoxity seems much more commonplace than it needs to be – does it even need to be?

I have heard of the Body of Christ being a broken reality, but now I realise that one reason is the fact that a significant number of people within the Church are, of all of the parts, vying to be the head (although I seem to recall that Paul said there was only one head, namely Christ) and instead end up being the asshole. We thus end up with a Body of many anii…(is that the right word?)

What surprised me is that this problem seems to be as old as the Church itself. Yesterday I came across a passage in the Office of Readings from Pope St. Gregory the Great’s “Moral Reflections on Job”. More than anyone, Pope Gregory seems to get that easy slide I mentioned, and everything suddenly made sense when he said that teaching as concepts alone can lead to the vice of pride. “Sound teaching”, for St Gregory, in order that it remain sound:

“…is eager to avoid this sin of pride manifested in thought: just as eager as it is to attack with words the teacher of pride himself. Sound teaching does not promote him by imitating his arrogance but uses pious words to attack him in its hearers’ hearts. Instead it promotes humility, the mother and teacher of all virtues. It preaches humility in words and manifests humility in its actions. It commends humility to its pupils more by conduct than by speech…

When Paul says to Timothy ‘Command these things and teach them with all authority’, he is not calling for a domination born of power but an authority that comes from a way of life…Paul is not commending the power of proud and exalted words, but the trustworthiness that comes from good behaviour.”

Once again, the Communion of Saints saves us from the distortion of the Body of Christ. Oh sure, there may be more anii between them, but at least they don’t aspire to become them. 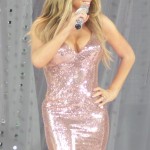 June 19, 2017 Mariology at the Beginning of the Third Millenium
Recent Comments
0 | Leave a Comment
Browse Our Archives
Follow Us!