Mariology at the Beginning of the Third Millenium

A few years ago, I posted on the possibility of giving an epistemological twist on the idea of Mary as the icon of discipleship. There I hinted that part of her iconography is demonstrated in her life as a way of knowing, particularly as the Church’s journey to the eschaton enters a postmodern phase.

Over the next 5 years, the post had developed into a seminar paper, and later a conference paper at a conference on Mariology entitled Mariology at the Beginning of the Third Millenium, hosted by the University of Notre Dame Australia.

Papers from that conference have now been collected and published as a book of the same title by Cascade Books, thanks to the hard work of Kevin Wagner (University of Notre Dame Australia), Isabell Naumann (Seminary of the Good Shepherd), Peter McGregor (Catholic Institute of Sydney) and Paul Morrissey (Campion College Australia). This will be the first of a Cascade series entitled Theology at the Beginning of the Third Millenium.

It has been a privilege to be part of such an illustrious list of presenters, and an even bigger privilege to have my little presentation included in these essays. The abstract of that chapter reads:

This chapter will argue that being a creature in the Body of Christ entails knowing in the same manner as Mary did as the icon of the Church. It will argue that Mary’s embodying the life of the disciple extends to the way in which she embodies an epistemology, one that runs counter to many modern forms of epistemology by those within many parts of the Church, which in turn has aligned the Church with institutions, practices and premises whose evangelical value can only be described as questionable. With reference to the Marian narratives in Scripture, this chapter will suggest the beginnings of a Marian epistemology, grounded in what Paul in 1 Corinthians 13 calls knowing in part. This is a way of knowing grounded not in triumphalistic comprehension of an object but in inquiry, prophetic utterance, hopeful commitment, and embodies service. Before concluding, the chapter will explore possibilities for a Marian epistemology to not only correct modern presumptions of knowledge but also speak to and engage postmodern theories such as standpoint feminism.

For a preview of the book, click here. Copies of the book can be purchased from Wipf and Stock’s website, and Australian readers could purchase the book more easily from Morning Star. 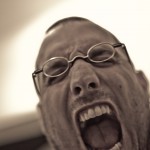