Josh Garrels and Mason Jar Music: The Sea In Between

Josh Garrels and Mason Jar Music: The Sea In Between July 6, 2012 Craig Detweiler 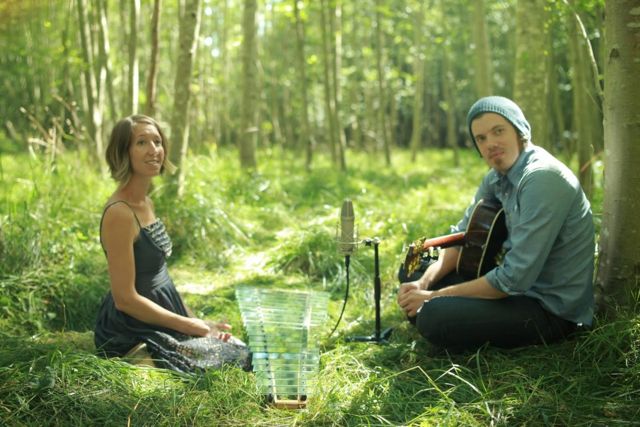 How do we make something beautiful?   The creative process can be so elusive.   No two artists, musicians, or filmmakers approach the act of creation in precisely the same way.   It is tough to know what kinds of elements need to be present for ‘magic’ to happen.   But talented people and an inspiring setting are a great starting point.   Thankfully, Mason Jar Music invites us into that process, demonstrating their credo:  “preserving analog principles in a digital age.”   For fans of handmade music, check out their forthcoming collaboration with Josh Garrels, an audio/visual LP and documentary, The Sea In Between.  Josh and Mason Jar landed on Mayne Island in British Columbia with instruments (and cameras) in tow.  Judging from the trailer, it looks to be a rich and rewarding collaboration.

For those new to Josh Garrels, he’s been crafting his own handmade career in Portland, Oregon.  His poetic and prophetic “Love & War & The Sea In Between” was named 2011’s “album of the year” by Christianity Today.  He has just released a new 8 song EP of remixes and b-sides as a free download.   What a fun, scary, dynamic time to be a young artist, making songs and stories that are built to last.  I am so proud of my former student (and now NYU Film School grad), Ryan Patch, putting the final editing touches on this rapturous film.   Support indie artists, musicians and filmmakers!

July 4, 2012
PLAYING WITH FIRE: Prometheus and Higgs Boson
Next Post

July 9, 2012 Hollywood Getting Enlightened on Faith?
Recent Comments
0 | Leave a Comment
Browse Our Archives
get the latest from
Doc Hollywood
Sign up for our newsletter
POPULAR AT PATHEOS Entertainment
1