The Hunger Games in China 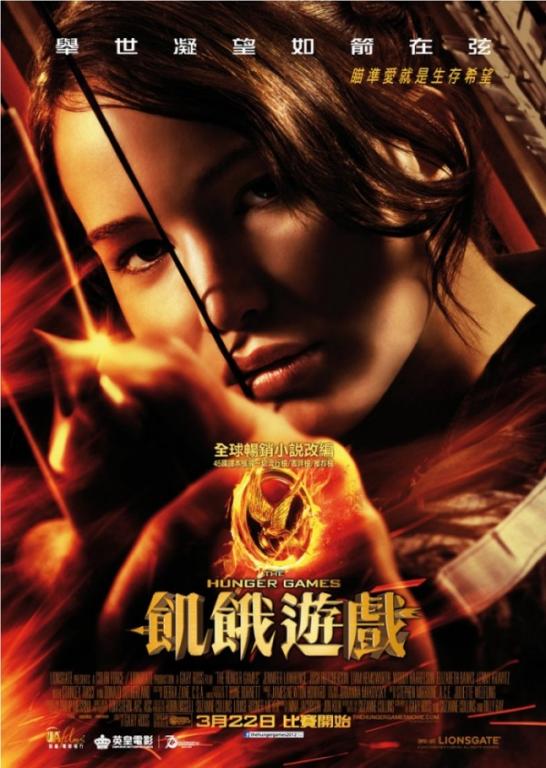 As the father of two tweens, The Hunger Games movie was a hot topic in our house for months before its premiere.   My kids found Suzanne Collins’ trilogy exciting, smart, and intuitive (especially compared to the monotony of Twilight).   Katniss Everdeen struck them as a strong, intelligent young woman who sees that there’s more to life than sparkly boys.   Director Gary Ross makes movies with mass appeal that are timely and intelligent (like Big, Dave, Pleasantville, and Seabiscuit).    The Hunger Games is one of those rare, four quadrant projects that mostly lives up to the hype.

As the cast was assembled, my daughter and her friends commented on the appropriateness of each decision.   A steady stream of fanzines gave them carefully modulated updates from the set in North Carolina.   Photos of actors Josh Hutcherson, Liam Hemsworth, and Jennifer Lawrence were exchanged across Tumblrs.   By the time the movie arrived, anticipation was at a fever pitch.

When I accepted an invitation to teach in Shanghai last spring, I failed to factor in The Hunger Games’ release schedule.    It was not slated to open in Mainland China.   And given the anti-authoritarian themes running through the books, I could understand why.   While American audiences were understandably engaged by Katniss’ struggle to survive, the Chinese censors saw a different subtext.   Her suspicion and then active disdain for the powers-that-be is a bit too revolutionary for the Chinese Communist party.

So we timed a trip to Hong Kong with the release of The Hunger Games.   Our kids were thrilled to see it on opening weekend.   We appeared to be amongst the few native English speakers in the audience.   And our neighbors’ snickering at the subtitled translation consistently followed our laughter at the film’s jokes.   We were watching the same film at two different paces.   (Mainland China eventually allowed The Hunger Games to play in June–I’m wondering if particular scenes were cut or trimmed). 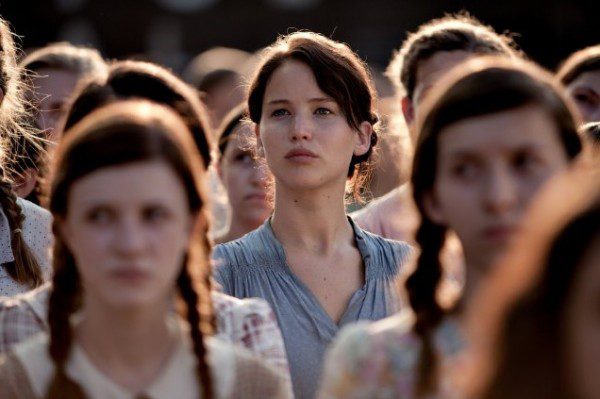 The opening sequences in District 12 captured the despondency that accompanies a dictatorship.   We feel solidarity with the poor, suffering while the 1% prosper.  And the glossy allure of the Capitol mirrors what is happening in China’s mega-cities.   The rural poor come to Shanghai and Guangzhou in pursuit of an elusive promise.   While the tracker jackers made the audience cover their eyes, the long build up to Peeta and Katniss’ kiss prompted the biggest reaction.   The Hunger Games is a fascinating hybrid—a love story, survival tale, and social satire packed into a captivating souffle.  The biting cultural critique of the books was dulled for mass release.    The heavy hand of the government was played more for laughs than menace.   Elizabeth Banks’ as Effie Trinket and Stanley Tucci as Caesar Flickerman were both wildly entertaining.   Seasoned supporting players Woody Harrelson and Donald Sutherland brought gravitas to the proceedings.   Even Lenny Kravitz acquitted himself well as the stylist, Cinna. 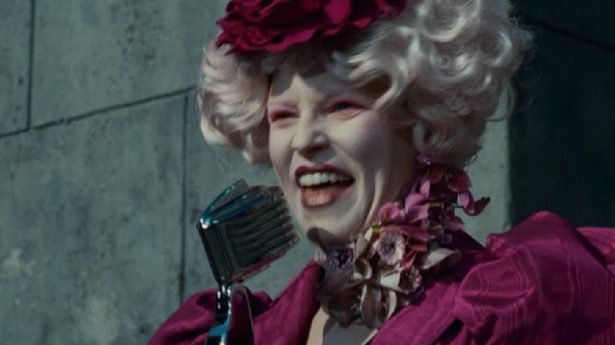 But was the grinding poverty that earns the books their title underplayed?   Did reducing the R-rated violence from the novel allow us to enjoy the Games a bit too much?   Aren’t we supposed to be outraged by the exploitation of children rather than paying to watch them win?  It is tough to create a bloodless, PG-13 commentary on our hunger for blood.  That is the gap between a gruesome cult classic like Battle Royale and a blockbuster hit like The Hunger Games.

Coming out on DVD on the heels of the London Olympics, the resonance of The Hunger Games has only risen.   The Olympic circus generated plenty of bread for NBC.   We all rallied behind the flags of our representatives, cheering their every move.  We are obsessed with winners, leaving little room for also-rans.   And our fixation with youth is reflected in the way we elevate young champions like Missy Franklin to a hallowed status.   It is amazing to be a gold medalist while in high school.   But gymnast McKayla Maroney’s disappointing silver medal may be more instructive.   America’s dominant performance in London failed to communicate the central truth of the Hunger Games:  that the odds are definitely not in your favor. 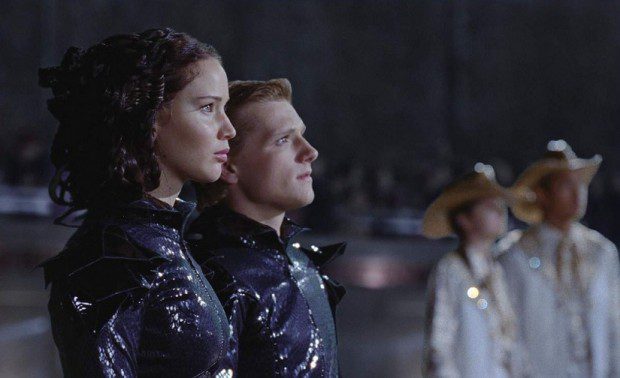 My children have seen so many stars rise from their generation (from Jordin Sparks to Justin Bieber) that success appears assured.  Perhaps the heavier aspects of The Hunger Games can provide a leveling influence.   The opportunity to compete on an international stage may not be all it is built up to be.  While McKayla Maroney impressed David Letterman with her resilience, Ryan Lochte may be an afterthought by the time his cameo on 90210 arrives.   The Hunger Games reminds us that these televised competitions (and competitors) are mostly meant for quick consumption, not immortality. 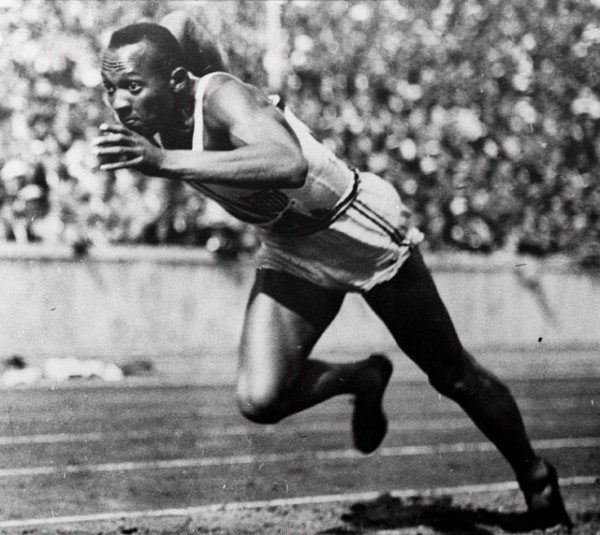 We may not always win the gold medal or triumph over our fellow tributes.   Poverty still claims far too many lives.  Violence remains indiscriminate.    Yet like Katniss Everdeen, the performance of determined individuals can constitute a blow against the empire.  Jesse Owens’ dominance in Berlin 1936 undercut Hitler’s Aryan propaganda campaign.   But not enough of us saw through the colorful façade projected by China in Beijing 2008.   We need individuals like Ai Weiwei willing to stand up to the Chinese authorities.   But with Americans taking up arms in schools and movie theaters, we also must wrestle with the questions raised by The Hunger Games.   Are we residents of the Capitol, reducing life to passive entertainment or rebels fighting on behalf of the least of these?

August 26, 2012 BERNIE: BEST FILM OF THE SUMMER?
Recent Comments
0 | Leave a Comment
Browse Our Archives
get the latest from
Doc Hollywood
Sign up for our newsletter
POPULAR AT PATHEOS Entertainment
1