Does the Arc In Hollywood Bend Towards Justice?

Does the Arc In Hollywood Bend Towards Justice? February 11, 2016 Craig Detweiler

While some decry the Academy of Motion Picture Arts and Sciences as an exclusive club deserving an #OscarsSoWhite label, others see it pushing a liberal agenda through every ribbon displayed at the annual Academy Awards. Given the conservative nature of the economic decision-making in Hollywood, the truth resides somewhere in between. Filmmakers may see themselves as political gadflies, while studio execs resist the urge to promote social change if it might restrain box office receipts. When Martin Luther King declared, “The arc of the moral universe is long, but it bends towards justice,” he could also have added the wheels in the studio system grind slowly, but they eventually bend towards justice as well.

Movies have emerged as a civil way to discuss our sublimated national problems. Complex political issues that vex us like race, gay rights, and the environment are often more easily debated as character choices within a film than as entrenched policy positions. Yet, it is tough for films to be truly timely. Television responds to headlines much faster primarily because it has more immediate programming needs. Movies rooted in social dilemmas can take decades to develop and finance. Rather than gauging the Oscars as a measure of our cultural moment, perhaps they are best viewed as windows into evolving eras. 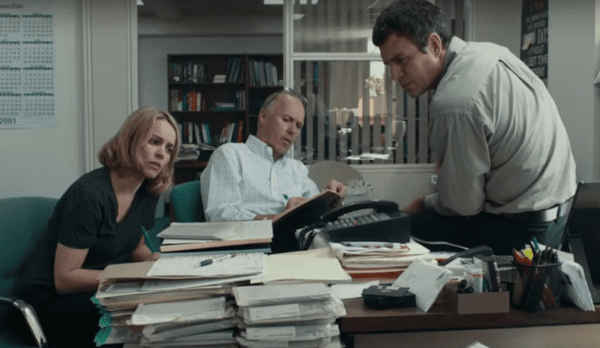 For example, Spotlight turns The Boston Globe’s 2002 stories about sexual abuse and cover up by the Roman Catholic archdiocese into a riveting ensemble drama. The rigorous reporting by The Globe’s “Spotlight” team dug up horrific facts that had been hidden for thirty-four years. That makes the long rode from painful realities to the big screen a fifty-year process.   Amongst the production companies which supported Tom McCarthy’s cinematic investigation is Participant Media. Their success at the Oscars and the box office (producing The Help, Lincoln, and Bridge of Spies) has proven that movies can simultaneously enlighten and entertain. The moral failings of religious institutions have made more room for filmmakers to step in as unlikely preachers and teachers. 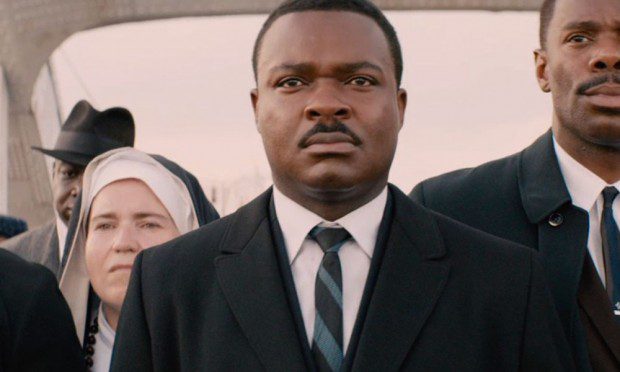 It also took half a century for Hollywood to invest in a dramatic feature about the Reverend Martin Luther King.   The snub of the rousing biopic Selma in 2015 launched the hashtag, #OscarsSoWhite. Yet it followed years of studio indifference toward the most celebrated American activist of the 20th century. When it comes to race, Hollywood has always been far more comfortable investing in stories set in the past. 12 Years a Slave, Django Unchained, and The Help allow audiences enough historical distance to decry “those bad racists back then.” Crash won a surprising Best Picture Oscar in 2006, but that was years after the racial discord of the 1992 Los Angeles uprising.   Precious was the rare contemporary story to break through to Oscar glory in 2010 (whereas Spike Lee’s incendiary achievements from Do the Right Thing to Chi-Raq were only recognized with a Lifetime Achievement Award this year).

War stories have been produced in a much more timely manner.   Headlines emerging from Iraq, Afghanistan, and Pakistan are reflected in the Oscar nods for The Hurt Locker, Zero Dark Thirty, and American Sniper. These films allowed producers to invest in heroic individual stories that arose from within a morally ambiguous war. 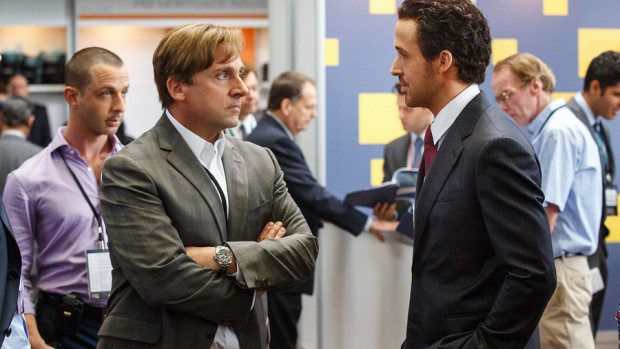 The Big Short also came together in a fairly tight timetable. Michael Lewis’s book on the subprime mortgage crisis was published in 2010.  It follows smart, greedy bad guys outsmarting even badder, dumber, greedier guys.  Director Adam McKay found creative ways and unlikely performers like Anthony Bourdain and Selena Gomez to explain CDOs (collateralized debt obligations) and credit default swaps. While these concepts may have been new to broad audiences, Charles Ferguson won the 2010 Oscar for Best Documentary covering similar ground in Inside Job. The doc served up the facts in a chilling manner, while The Big Short added some comedy to the bitter economic brew.

While dramas may take years to reach the big screen, documentaries can create timely and galvanizing responses to pressing issues. After Morgan Spurlock submitted his body to a McDonald’s-only diet in Super Size Me (2004), McWraps, Southwest salads, and peeled apple slices followed. Davis Guggenheim turned Al Gore’s lectures on climate change into the Oscar-winning An Inconvenient Truth (2006).   The Cove (2009) brought the slaughter of dolphins in Japan to global awareness (and inspired subsequent protest docs like 2013’s Blackfish which put Sea World on the defensive). By investing in An Inconvenient Truth, The Cove, and last year’s Oscar winner, Citizen Four, Participant Media has proven that documentaries can also be remarkably effective ways to bring justice issues into the public square. 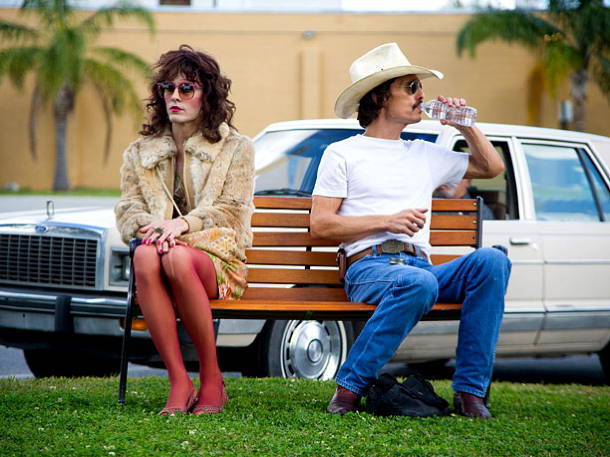 Perhaps the clearest impact of Hollywood’s cinematic lobbying can be seen in our national evolution regarding gay rights. The panic accompanying a diagnosis of AIDS was stemmed by the dignity depicted by Tom Hanks in his Oscar winning role in Philadelphia. In 2005, when Ang Lee won Best Director for Brokeback Mountain and Philip Seymour Hoffman won Best Actor as Capote courtrooms in California were hotly debating same sex marriage licenses. Felicity Huffman was also nominated for best actress for her role as a transgendered woman in Transamerica. A decade later, when Matthew McConaughey and Jared Leto both won acting Oscars for The Dallas Buyers Club, public and court opinions regarding same sex marriage and the transgender community had shifted.  The lack of discussion surrounding this year’s nominees, Carol and The Danish Girl, suggests how far American attiudes have evolved.

My choice for the most important and enduring film of Oscars 2016 is Mad Max: Fury Road.  Director George Miller turned a non-stop, action packed, post apocalyptic fight for fuel into a consciousness raising tale of environmental disaster and female empowerment.  Fury Road juxtaposes Immortan Joe’s exploitation of natural resources with the Vuvalini and the Keeper of the Seeds who are defending biodiversity.  Fury Road is a prophetic warning: protect the Green Places lest we become a Wasteland.

Predatory lenders, pederast priests, and dolphin killers have all been shamed on the big screen. Hollywood may not always start the drumbeat for peace and justice, but it eventually champions causes as moviegoers appear open to change. Making movies and transforming social mores both take time.

February 17, 2016 RISEN Dares to Dabble in Mystery
Recent Comments
0 | Leave a Comment
Browse Our Archives
get the latest from
Doc Hollywood
Sign up for our newsletter
POPULAR AT PATHEOS Entertainment
1