I always chuckle when Imbolc rolls around and I see the memes of a sweet, friendly Brigid splashed around on social media. I’m sure for many, that’s true. It wasn’t, however, my experience at all. She burned my metaphorical house down. And I couldn’t be more grateful.

‘Brigid, protect this house from famine and fire,’ so goes the old Imbolc prayer. 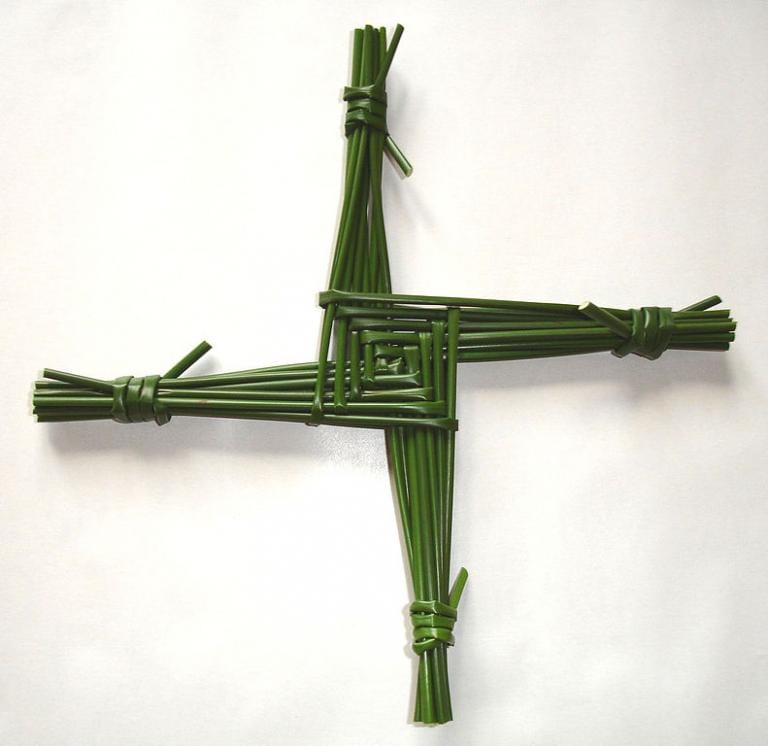 This prayer was said when the St. Brigid crosses were placed in the rafters of thatched roofs. Brigid, being a goddess and later a saint who was heavily associated with fire, was believed to protect the house from flame.  She was said to shoot fire from her skull and wear a solar crown. It’s believed that nineteen Priestesses tended a perpetual flame Her honor, passing off the tradition to nineteen nuns who continued to tend the flame in honor of St. Brigid when Ireland became a largely Christian country. Fire is as natural to her as her association with poetry and smithworking. Some would say the fire is a symbol of both. I go into that in further depth in my book about Brigid.

When I first began my journey with the Goddess Brigid, I heard Her described as a hearth and home goddess. Yet, in my meditations and dreams, I kept seeing her as carrying a sword. Everyone else seemed to hold a vision of a peaceful Goddess. Why was my vision so fierce? But the more Brigid went to town on my soul, the more I realized it might be better to call her a Goddess of flame-throwers.

I say this because She (metaphorically) burned my own house down. 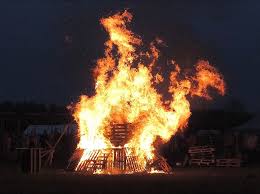 About ten years ago, I was getting ready to formally devote myself as a Priestess of Brigid. I was also seriously dating a married man. (No, not one in an open relationship. No, I’m not proud of it. Yes, you can judge. If I hadn’t gone through this, I would judge me, too!) Yet every time I prayed to Brigid about it, I felt like she was grumbling.  She didn’t like my romantic situation. I (like an idiot) felt I could prove it to her. We were meant to be! The Goddess can’t be right all the time! She’ll see! As will everyone else….

When you’re in such a relationship, you’ll sacrifice just about anything to make it work. I sacrificed friends, shutting out anyone who didn’t agree with our arrangement. I sacrificed work and sleep. I was ready to sacrifice my dreams of being a Pagan writer and certainly would have sacrificed being a public priestess. Given my ex’s line of work, he couldn’t have had a Witch wife toddling around behind him. But I could be a private Witch. Not a problem at all. I was once before, I could do it again!

Brigid wanted none of that. I think She was waiting for me to let Her in and when She did, She went to work. 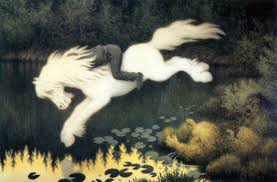 Before I left for Ireland, where I would formally dedicate to Brigid, my ex and I devised a plan for moving in together once he left his wife. It all seemed to settled. Others’ feelings be damned! We were meant to be!

The next morning, I learned my ex would not be leaving his wife. Our own tryst was done-done-done and I was devastated.

Hadn’t I given enough? Why hadn’t it worked? I felt betrayed by him, by fate, and especially by Brigid. My friends, taking enormous pity on my, suggested I go walk on the bog.  I walked outside and there was a cloud in the shape of an anvil above the trees. It was a sign.

Brigid had put me through Her sacred fires. Now, the Smithworking Goddess had me on Her anvil. As Smiths do, She took away what was weakening me and through the trial was making me stronger. 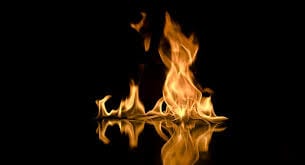 I also knew I had a choice. I could continue to fight this, or let it go and let Brigid do Her work on me. I chose the latter. It was hard and I was forced to face the ugly parts of myself that led me to the situation in the first place. It felt like a hammer on my soul and it was: Brigid’s divine hammer getting my soul in shape. Best of all, I met my husband a few months later. He too was a devotee of Brigid who not only supports my public Priestess work, but has has repeatedly refused to let me quit when this path has felt too hard. If going through Brigid’s anvil was the prerequisite to meeting him, I’d gladly do it all over again.

I’m not alone. Going through the fire seems to be part of the process of knowing Brigid. 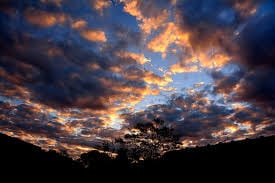 I’ve seen new Brigid devotees lose relationships or jobs. Some people find they have to give up a favorite food because it no longer agrees with their system. Some have to face addictions, poor financial habits, or otherwise. But afterward they may find that they’ll meet a new person or get an even better job. They may find new ways to maintain their physical and mental health. It’s nearly always a change for the better.

This is not a disclaimer. None of this is easy and sometimes people understandably fight it. But when we don’t fight it and let Brigid guide us through these times, we end up stronger and more blessed than we were to begin with, just like a smith heating the iron before pounding away its impurities and leaving it stronger.

She burned my metaphorical house down. And I couldn’t be more grateful.

If you’d like to know more, check out my book Brigid: History, Mystery, and Magick of the Celtic Goddess. 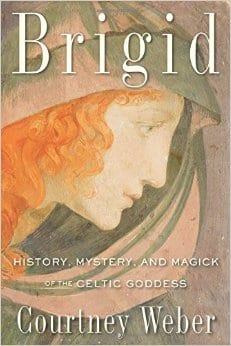 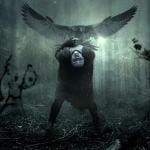 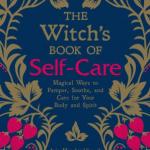 February 4, 2019 Book Review: The Witch's Book of Self-Care by Arin Murphy-Hiscock
Recent Comments
3 Comments | Leave a Comment
Browse Our Archives
get the latest from
Double, Toil and Resist
Sign up for our newsletter
POPULAR AT PATHEOS Pagan
1

Autumn Is Coming, And Too Many...
Tea Addicted Witch
Related posts from Double, Toil and Resist