Witches Can’t Close Their Eyes. Nor Should They.

Witches Can’t Close Their Eyes. Nor Should They. June 25, 2019 Courtney Weber

You don’t need me to tell you that things are rotten right now.

Even if you’ve successfully evaded the news of children dying in concentration camps on the USA border (newsflash–it’s happening and it’s not even news.), we can’t ignore the change in our climate that’s happening right outside our windows. If climate change happens to be mild enough in your area where you can ignore it, it’s still hard to ignore the universal, basic existential dread. 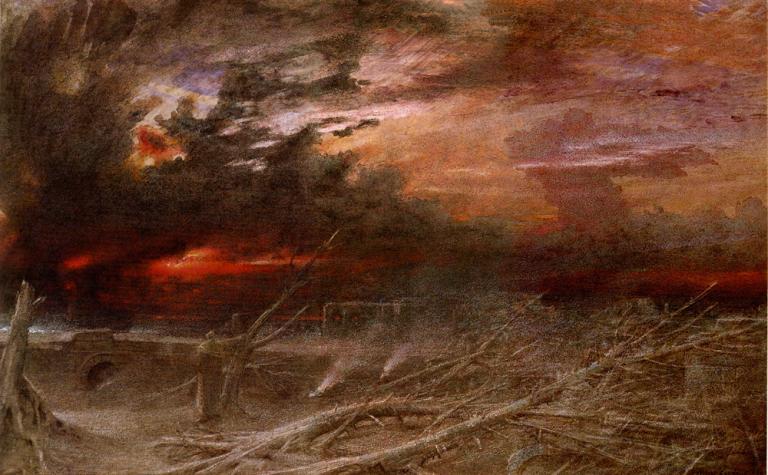 It’s okay to be angry. It’s also okay to feel devastatingly sad. It’s not okay to hide your head in the sand, all the time.

As many marginalized persons remind more privileged folx, things have always been evil and sad. Many have simply had the luxury of not seeing it for a long time. This was true for me. I had the luxury of not being aware of the level of white supremacy in this country until I started to see the confederate flags on the streets of my hometown, where they’d never been before. But even those who have been through some of the worst of the shit of the past are shaking their heads in disbelief.  Last year, I attended a lecture led by a well-known African-American activist whose first act of resistance was switching the “white” and “colored” signs on the water fountains. She was four years old and she has been fighting for justice ever since. She even said that this is the most evil time she has ever seen.

Witches can’t afford to close their eyes and world needs more of them.

Sometimes we may complain that Witchcraft is suddenly popular…too popular. I don’t. As one of my teachers says, “Witchcraft is a response to a threat to the world,” noting that rises in the popularity of Witchcraft often follow the arcs of the invention of the atomic bomb, the threat to the environment, and now the dire warning of climate change like a loaded gun aimed at humanity’s head, along with the threat to democracy worldwide.

My concern is not with the rise of Witches, but in the rise of those who run to Witchcraft as escape reality: those attracted to the idea of a world gossamer dress, kindly faeries, of a life that’s all peace and love and glitter, one “above” the drama and trauma of our current existence. 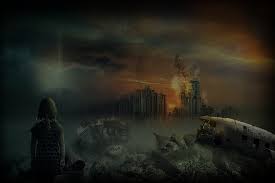 But in my experience, true Witchcraft–the Witchcraft that makes change, overhauls lives, curses and heals–is not about evading reality, but about embracing it long and hard, wrestling with it and changing it to make it better.

It’s about getting dirty–literally and figuratively. For some, Witchcraft is all about getting in touch with nature, nature is not only sunshine and butterflies. It’s also about predators, storms, death and decomposing. It’s hard, it’s cold, and it doesn’t care about us. We are part of nature. Nature does not exist for us. Neither does Magick, but we are part of it, too.

Witchcraft is not just about Magick spells, setting energetic intentions to impeach a president or curse a supreme court nominee. Granted, those things have their place and I support them. But Witchcraft is more than only that. It is knowing, seeing, and intuiting the greater nature of a situation and more than that, refusing to turn away.

We have more Witches today because more people are aware.

But once we have this awareness, we can’t then turn away and alienate ourselves from the world. I’m seeing more advertisements for escapist Witch experiences, opportunities for more navel-gazing, a focus on the aesthetic. There’s nothing wrong with taking a break. In fact, sometimes we have to for our own well-being. When I was running a Coven, I took two breaks from leadership every year, right after Yule and after Lughnasadh. I now insist my initiated Priestixs do the same. But I got back into it when the break was over, just as they do.

It’s helpful to take a break for a day or even a week. But don’t let your Witchcraft become all about evading the reality of our situation. We don’t have time. We’d all like to spend our lives just developing our own Magickal potential for its own sake. But if we all did that, there wouldn’t be much of a world left.

If the Craft is calling to you in this time and in this place, you have a role to play in helping seize our planet from disaster and build a new world upon it–one of inclusion and respect, equality and enough for all.

What we have now is collapsing around us, but we have the chance to rebuild. Stay awake. Stay angry. Stay heartbroken. Lean into these things. Fuse them into your Magick. Let Spirit guide you on your next steps and be open to your role in the work.  It might be a small role.

My role used to be heading up a Pagan environmental action group. It involved organizing presence at protests and collecting signatures on petitions.  Now, it’s about caring for activists from more marginalized and/or vulnerable backgrounds than the one I carry. My task right now is hard-core sacred love. Sometimes I wonder if it’s enough. Shouldn’t I be putting myself on the front lines? Getting arrested? Making speeches? Organizing the marches like the old days? But then my God/desses send someone to give me a hug. Maybe it’s someone for whom I got a Zirtec and a bottle of water when her allergies were acting up. Maybe it’s someone for whom I read Tarot. Maybe it’s the guest I collected at the airport. My work isn’t glamorous and that’s what I like about it. It doesn’t involve meditating on sacred sites or visualizing an entrance to a happy-go-lucky Faery world (for the record–no. The Faery world is not happy-go-lucky).

This is especially true for Witches with more privilege. A huge part of the work we must all do is extend support for those more marginalized than ourselves. 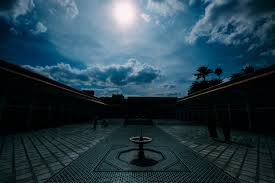 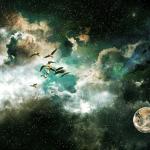 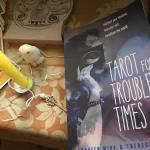 July 1, 2019 Working With "Tarot For Troubled Times" By Shaheen Miro and Theresa Reed
Recent Comments
6 Comments | Leave a Comment
Browse Our Archives
get the latest updates from
Double, Toil and Resist
and the Patheos
Pagan
Channel
POPULAR AT PATHEOS Pagan
1