Families all across America celebrate the nation’s Independence Day with food, fireworks, and patriotic music. This year, I will celebrate by sharing what America means to me.

America is too great for small dreams, according to the late President Ronald Reagan. As I reflect upon this statement, I realize that this is my own sentiment as well. There are a ton of words that I can write to explain the greatness of this nation, including her unique founding roots and history of housing immigrants from all over the world. I can write essays about her spirit of ingenuity, creativity, and altruism. Of course no nation is without faults, and America has lingering ones, big and small. But in this blog, I will just share some personal reasons why America is great to me.

In 1979, the United States took me in, a refugee from the fallout of the Vietnam War. A quick reading of world history will tell you that the North Vietnamese and South Vietnamese fought a civil war from 1954-1975. When Saigon fell on April 30, 1975, and the South Vietnamese lost their sovereignty to the Communists North, many people feared for their future. That was when parents parted from their babies in what would be called “Operation Babylift.” They were hoping that their babies would have a brighter future living in the land of the free than in a nation conquered by Communism. In the years after this forced “reunification” of Vietnam, the unspeakable occurred: persecution of political dissidents, torture and imprisonment of former government officials/soldiers, confiscation of citizens’ properties and bank accounts, and the list goes on. Then came the waves of “boat people.” These folks fled their homeland by boat in hopes to be taken in anywhere else. Many suffered unspeakable hardship at sea or died looking for freedom.

My family and I were among the first waves of boat people leaving South Vietnam in 1978. A comprehensive re-telling is too long for this blog, but some statistics estimate 800,000 to 2 million people fled Vietnam by rickety boats in the period from 1978-early 1990s. To make a long story short, after 11 months in refugee camp, my father and siblings and I were sponsored by a Lutheran church in a small town in northern Texas. In fact, Christian churches all over this great land were sponsoring refugees from Vietnam in the late 1970s-1980s. The US of A took in more than half the Vietnamese refugees, followed by Canada, Australia, France, and Great Britain.

That’s why I love America. She sent her sons and daughters to fight for my freedom, with over fifty-eight thousand giving their very lives. When the mission was not successful, she took me in and gave me shelter, a child of six. Her church gave me food, both the physical and spiritual kind. Her public and private schools gave me an education. Her INS agency (immigration and naturalization service) gave me five years to study to become a naturalized citizen, and her people (of all races, cultures, and creed) gave me friendship. What more can I ask? This is the America that I hope those in my generation and future generations hear more about. I hope to do her justice by sharing my story.  #EastmeetsWest #JoyLovePeace

Enjoy the amazing audio story of the first American men who would rather die for freedom than live on their knees, giving rise to the Star-Bangled Banner anthem and also here in written form! 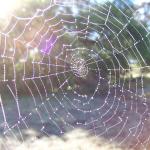 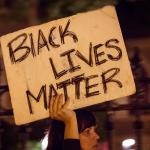