Help kids figure out the path of least resistance whenever they are embroiled in an interpersonal relationship with someone who seems as scary as a bully. So, you’ve been fortifying your daughter’s self esteem in part 1 of this 4 part series. And, like myself, you’re constantly working hard at making home a “safe place” for your son to be himself and still learn about the limits, rules, and boundaries of real life. Thirdly, you’ve modeled for your kids how to regulate their moods instead of going overboard to the unhelpful and false extremes in times of crisis. Now, we’ve come to the part where you get to teach them how to avoid being their own worst enemies.

What is the path of least resistance? If you ever take any martial arts class, you will learn a little bit about the laws of physics. When there is a physical force coming at you, you can measure it in terms of intensity and direction. My favorite martial artist is the late kung fu master, Bruce Lee. I remember watching his movies as a kid and being impressed that he studied his opponents and can take the biggest and “baddest” of them all down. That’s because he knows how to use the path of least resistance against them. But are the arts justifying the use of violence?

No, because a major tenet of traditional martial arts is that it is to be used for self defense only, not as a tool for physical aggression against others. According to one internet article addressing parents’ common misconceptions, “martial arts isn’t about kicking and punching, that’s only the vehicle. It’s about learning self-control, discipline, respect and perseverance.” In the words of Bruce Lee, “to know oneself is to study oneself in action with another person” and “the less effort, the faster and more powerful you will be.” But parents don’t have to put their kids in martial arts to cultivate mental discipline or agility.

That’s where the path of least resistance comes in. Teach your children to study themselves and note their feelings, thoughts, and physiological reactions to certain individuals. The ones that cause your child to be uncomfortable they can try to avoid completely. When it is not possible, because your child shares the same classroom or bus, or school playground with this peer, then help her to not go head to head, toe to toe with this individual, because that is the path of most resistance. Full on, head on collision is not necessary. No one wins when someone ends up with a bloody nose or bruised arms. Not even a bruised ego (“put them in their place!” and “I’ll show them!”) will do, because this is not peaceful but forceful. Again, the laws of physics apply–for every action, there is an equal and opposite reaction. To stop the swinging force altogether, get out of the conflict, or direct it inward. Role play the big, bad bully with your kid so s/he can practice effective ways to neutralize verbal jabs or physical blows. Channel children’s negative emotions into the positive energy of self improvement–becoming the best they were created to be through believing in themselves, hard work, and persistence.

A safe home environment and good self esteem help your child to be at peace inside herself. Wise parents also model how to humbly make peace with others. Then you can help your child to avoid the full force, not just physically, but also emotionally. Use self defense so they will not be able to swing at you easily. But, if they’ve lost control of themselves, don’t make them pay for it. Let the verbal attacks go in one ear and out the other. Let the swinging fist go into the air. Let the kick go to an object or something harmless that does not feel pain. Whether this is your child feeling the anger and hotness or his bullyish peer, help him seek the path of least resistance with others by treating them honorably and respectfully, always with grace.

Bullies are just kids who have not mastered knowing themselves yet. They’ve not been shown the higher road that you show your child–the road of unconditional acceptance, self esteem, confidence, and inner peace. As Buddhist teacher Thich Nhat Hanh has articulated in his book, Being Peace, the bully is actually the first victim. If your child does not know the path of least resistance, he or she will likely become the second victim. If you teach kids to use physical aggression to respond to physical aggression, the bullying cycle only continues. Your child will be stuck in the vicious cycle of hurt, leading to hot headed anger, leading to more hurt, followed by shame and remorse, and back to hurt.

For more information, check out my articles on how to bully proof your kids with a great self esteem, self acceptance, and mood regulation. For even more explanations, check out my book, East Meets West: Parenting from the Best of Both Worlds. 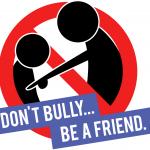 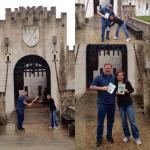 April 1, 2017 Help Me Be A Good Wife
Recent Comments
0 | Leave a Comment
Browse Our Archives
get the latest from
East Meets West Social Worker
Sign up for our newsletter
POPULAR AT PATHEOS Evangelical
1