Raising Up Kids in a Controversial World

As soon as the title of this blog came to me, I sadly thought, when has this world ever not been controversial? Maybe the only answer is when we were kids and were innocent, so unaware. Sure, today’s news headlines involve various names, incidents, and issues that are different than fifty years ago, or a hundred years ago, but the fact that we live with controversies is not new.

Jesus, who walked the Earth over two thousand years ago, was himself a controversial figure. The most nonjudgmental, holy, compassionate helper of all times was misunderstood, ridiculed, persecuted, and killed by none other than His own people! And before He came, there were already millenias of history of war and bloodshed by various human groups. Remember how Cain killed his brother Abel? Or how Isaac and half brother Ishmael disliked each other? Or how about Jacob tussled with his older twin brother Esau? Look beyond the bible and you’ll note that wars were fought by different leaders in Europe, Africa, Asia, and other continents. Not too many were over skin color differences. Closer to home, you have my father (proDemocracy) arguing with his older brother (proCommunists) during the Vietnam civil war.

The politics involved different issues, and the divisions fell among distinct lines, but they all involved people. Since the beginning of time, human civilization has been fraught with differences of opinion over rights and responsibilities resulting in conflicts and compromises.

In fact, now that I think about it, in the 1980s I participated in a History Day project in 7th grade centered around the theme–Conflicts and Compromises. In Southern California, as a young immigrant Asian American, I wore an ao dai (traditional Vietnamese lady’s garb) and presented a 15 minute monologue through the eyes of my mom, who lived through numerous conflicts and compromises. When she was a young girl, due to civil war, my mother and her family left China looking for a more peaceful, prosperous place to live. As a young married woman with six kids, again she had to flee, but this time from Democratic South Vietnam, which was no more due to losing civil war against Communist North Vietnam. During my 8th grade, the History Day’s theme was Rights and Responsibilities. I played an American feminist being interviewed by a news reporter to discuss women’s rights issues.

Fast forward thirty years later and our world is still controversial. How do we survive all the infighting between different people groups within a country? What do we, as parents, tell our children about this messy world that we’ve brought them into?

As I write this, our family is on vacation, trying to salvage what little time and resources we have to bond as a family. I wanted to get the children away from their daily routine filled with electronic gadgets and toys, sibling rivalry, and constant bickering over who’s right and what’s fair. My husband and I thought it would be good to take time away from our busy work schedules and responsibilities to play with our kids, focus them (and us) on relaxing in nature, and build unity as a family.

But how do we prepare young innocent children for the real world they’ll be returning to? How do we raise them up to live peacefully and compassionately with their neighbors, who likely has different experiences and viewpoints? Then I realized, again, that the politics is not just out there in the world. It is already happening in the home. Their sibling relationships with each other are full of conflicts and opportunities for compromise. Their relationships with mother and father are filled with different personalities and persuasions, different hopes, feelings, and expectations oftentimes clashing.

I can model listening skills to them, or preach and teach down on their angry, defiant ears. I can demonstrate grace and compassion, or I can judge who’s the aggressor, who’s the victim and perpetuate their cycle of blaming the other side and justifying wrong doings. There’s so much I can do at home to elevate my children’s character, to prepare them for this controversial world that seems to be full of broken people trying their best to be heard, to exercise self control in the face of fear and judgment.

Do you ever feel like, Lord, please save us all from ourselves? Are your cries like mine–please help me have the strength and wisdom to raise my children well?

August 6, 2017
My step back from the hostility of racial reconciliation
Next Post 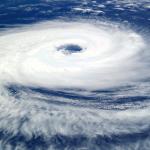