Millions of Christians across the world will be celebrating this weekend starting on the somber holiday of Good Friday in various ways including fasting and church services. But why is it called good when it is about the death of Jesus, our Lord and Savior? In fact, I just learned that in Germany, Good Friday is also called Sorrowful Friday. And how appropriate since this day is commemorated as the day that Jesus, the unblemished lamb of God, died from painful crucifixion in order to atone for the sins of humanity.

What about you—do you believe it is Good Friday or Bad Friday?

Bad: Jesus is make believe and not God’s son. There is no Creator and if so, he is not actively loving you.

Good: For God so loved the world that He sent His one and only begotten son that whosoever believes in Him shall not perish but have everlasting life (John 3:16). God loves us so much!

Bad: There was a lunatic claiming to be the Messiah, but the real one has yet to come if the Scriptures is even true.

Good: Jesus came to Earth as the long prophesied Messiah.

Bad: If He came, they killed him and he is dead like everyone else who has lived in history.

Good: They tried to kill Him but the grave could not keep Him down for long!

Bad: No one can save us from our actions but ourselves. We have to pay the consequences, up to and including death.

Good: Jesus died to save us from the ultimate consequence of our sin nature—condemnation by God in eternal separation from Him upon physical death.

Bad: Jesus could not have suffered for He is God.

Good: Jesus suffered a physical death and a momentary spiritual separation from God the Father. He suffered while in the flesh wearing the crown of thorns, carrying the cross to Calvary, to the spitting, mocking, and his clothes stripped from his nail pierced body, to hanging with thieves at his final hour…

Bad: If Jesus suffered, it must have been his fault, his own wrongdoings.

Good: Jesus, Himself God and without fault, was persecuted, scorned, and nailed to the cross to die as foretold in the book of Isaiah. Just like in the Old Testament where each human sin had to be atoned for by sacrificing the blood of a spotless animal, such as a lamb, so Jesus became the literal atonement for our sins so that anyone who believes can have a personal relationship with God the Father, and eternal life upon our own physical death.

Bad: If it was Jesus who was crucified, then his body was possibly stolen to keep the story alive (who knows why).

Good: He was dead and His body buried in a cave for 3 nights until God raised Him up on the third day. Several women and men gave eye witness accounts.

Bad: We are still under works and the law. Forgiving others is optional. An eye for an eye, a tooth for a tooth. Be ashamed of yourself if you do badly. Shame others mercilessly if they wrong you. Forgiveness has to be earned!

Good: God was showing us mercy and love on the cross that we would not be forever penalized for our sins. With one great act of sacrifice, God freed us from being under man’s laws. His great love overrides the law of life and death, an eye for an eye. He demonstrated forgiveness of sins with one final atonement for all. We have been forgiven, not because we have earned it or can possibly earn God’s forgiveness through any amount of works, even seventy times seven times. So we, too, are to forgive others in the same gracious way.

Bad: Expect nothing good apart from your works and innate abilities. May the toughest, shrewdest, fiercest among us win! Good luck and tough luck if you are born with low IQ or few talents for you will be undoubtedly worth less than others in this competitive world. It is a survival of the fittest world.

Good: We have hope that God is good and He loves each created being! His mercies are new every morning and His blessings abound! We can trust His gentle yoke and His promises to provide for, redeem, and restore us in His time. No sickness can break this body that the Spirit cannot restore. No disease or relationship dysfunction can separate us from the love that is found in Christ Jesus, our Lord!

Bad: There is no resurrection. It’s all a fairy tale for kids and gullible adults.

Good: Sunday is coming! Jesus is coming in power, prepare to receive the risen Lord!

Based on the list above, which Friday do you believe in? How have your beliefs served you or others well in life? For me, I believed and accepted Jesus as my Lord and Savior on April 23, 1993, just after Easter earlier that year. So, my first Good Friday was in 1994. And there have been many good days of hope and power since then. 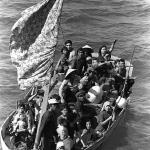 March 20, 2018
Learning Politics From My Refugee Parents: A Lesson into World History
Next Post 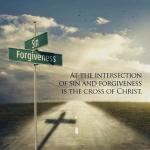