The Catholic Church is Not Your Sports Team

Sometimes, it’s the people you agree most with that you get into the most vitriolic fights with, particularly in the war of words. Because the other seems in agreement with you in 98% of the cases, it’s far easier to make a mountain out of the other ones. Particularly online. I’m speaking of the Mark Shea-Simcha Fisher-National Catholic Register* blow up that has many of my friends reacting in the strangest of ways towards their brothers and sisters in Christ.

See, even if someone did something you think is wrong, it’s one thing to judge their action and quite another to judge their person. But rather than add fuel to the casting of blame and mocking, I want to speak more generally of a disturbing trend this whole action has brought out. Namely, Christ calls us to imitate Him, and that just seems to not be what is happening here. Instead people are delighting in the conquest of their so-called enemies or half ready to burn down the Church with righteous fury.

The weirdest thing about the Internet is how it is both so personal and yet no amount of live streaming gets us to the person. In the past day I have seen Catholic calls to arms with all the passion of revolution and Catholics celebrating the “downfall” of their brothers and sisters with a disconcerting level of glee. And I will say, I don’t want to wade into politics. I haven’t really interacted with many of the parties involved enough to form my own unshakable judgment and, at 5 a.m., that isn’t about to change.

But, I have to ask, is any of this, the revolution or the reviling, Christ? Christ came to bring the sword, but we also “do not fight against flesh and blood.” Christ, moreover, came to call sinners to repentance. If you truly think any party involved was guilty of sins, did you pray for them? Did you pray God would pour charity and the fruit of His Spirit, including kindness and gentleness, into their souls? Or did you merely delight when “your team” won?

Because pride. On both sides.

The Catholic Church is not your sports team. It’s the pierced and broken and beaten and scarred body of Christ. It’s the Body that died because of human pride and rose because the Word became Flesh and dwelt among us. Divine humility. It is not a side, it is not a cause, it is not a banner for war, and it is not a cudgel for the self-righteous. It is Christ, effecting sanctity in us.

I have friends who have been maligned on both sides of the aisle in this blogospheric-niche debate. I have friends who have been insulted by both sides, some by the bloggers themselves in language similar to the speech of their own detractors. And yet, those same bloggers have been nothing but kind to myself and to others of my friends, and I likewise dislike to see them maligned. We all speak poorly at times, we all get riled up, we all have our soap boxes, but that doesn’t make it right to attack the person because we disagree with their position. Regardless of your opinions. On both sides, I have friends. On both sides, I see people who are often better than what they say in the heat of the moment. Both sides have good men and women who are prayerful, and kind, and go to mass, and love Jesus, and whom I hold in the highest respect. And on both sides, I have seen these men and women face scorn and derision and public insult; neither “team” can suggest their hands are spotless here.

Except, perhaps, when I begin to see how deep the wounds of our nature and our hearts go. To consider the reluctance with which I set down my intellectual saver when I know I am right. Am I necessarily better that I say only in private messages to close friends what others say in public? Do I practice charity in my heart, or is it merely intellectual pride that insists until I’ve zinged a good one, even privately, that I push forward under the guise of “mounting a defense”? The Catholic Church isn’t my sports team either.

And I get it. I get what it means to fight an intellectual fight for years. You get so used to nuanced distinctions in position that it’s easy to turn an inch into a mile. And as far as I can tell, most people across both battle lines actually do, at least in the abstract, care about the salvation of souls in a profound way. And yet, the spirit and the flesh are hard to reconcile and we lob missiles at those we are most responsible to have charity for and towards. We make humans into monsters when Christ sent us to make sinners into saints. It’s not unexpected—even the disciples asked Christ to call lightning down on those who rejected them. It’s a human tendency—you’re either for me or against me. I sometimes wonder if that wasn’t some of the underlying “logic” in the post-Fallen Garden.

St. Augustine told Christians to “love, and do what you will.” I think it’s sometimes far easier for all of us to follow the latter part than it is to follow the former part of that injunction. But why should we love someone who is so “patently wrong”? Because they are your brother or sister in Christ and this is not about your satisfaction. Or my satisfaction. It is about love. It is about sanctity. It is about extending mercy to those you disagree with because The Word became Incarnate and died on a Cross to proclaim how lovable that person is. Even and especially when you and I can’t see it.

Charity isn’t an either/or virtue. It’s a both/and one. It’s one that asks all of us to set down our swords, fall to our knees, and rejoice that we have in Christ such a Savior. And then love our neighbor as ourselves. Not the neighbor who acts like us. Not the neighbor we agree with. But, the neighbor who is a wayfarer. The neighbor who is in this Body and working out this salvation with us. The neighbor for whom the Son of the Father came down from Heaven and gave His life to redeem. Because if we can’t love that person, then before we begin Facebook ranting, we might need to sit down and ask God to have mercy on our own souls. And we also might thank Him for loving us while we were still sinners. And maybe, maybe then we won’t lose the person for the position. And we won’t lose Christ to the crisis. And we’ll remember charity isn’t the same as winning. Not even a little bit.

*I am linking only the satirical website Eye of the Tiber on this issue because it’s honestly the most objective summary I found. 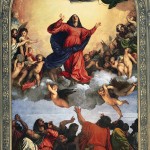 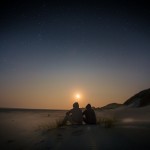