Preaching Hagar and Ishmael when Philando is on Screen

Preaching Hagar and Ishmael when Philando is on Screen June 23, 2017 Leah D. Schade

It’s a troubling story to hear, and difficult to understand.  It shows us a side of Abraham and Sarah that is embarrassing and shameful.  But the story of Hagar and Ishmael holds up a mirror to ourselves while our screens display the shooting death of Philando Castile.  What we see is shameful, horrific, and beyond comprehension.  But we must look at both the screen and the mirror.  And pray that we will also see the work of God. 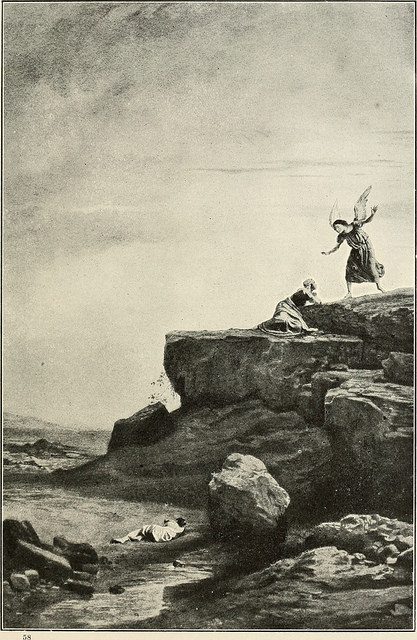 You’ll recall that Abraham and Sarah were an elderly couple when God called them away from their comfortable retirements in the land of Ur. They undertook a long, perilous journey to a land God was promising them.  Not only that, God promised that even though they had been childless all these years, they would be the forefather and foremother of so many generations of children, they would outnumber the stars.  But as the two of them looked at each other’s eighty-year-old bodies, gnarled and road-mapped with wrinkles and scars, and they doubted that God could make this happen.

So they took matters into their own hands.  And that’s where the trouble began.

Sarah owned an Egyptian slave-girl named Hagar, and she decided to give this girl to her husband as a second wife, hoping to obtain a child through her.  It was customary in those days for a man to have more than one wife.  It was also a fact that slavery was an acceptable practice.  And, as is typical of slave-owners, Abraham and Sarah were brutal, cruel, and without mercy toward their chattel.

This is not the portrait of the patriarch and matriarch we usually see.

We like to picture them as the laughing, loving elderly parents of little Isaac.  But we need to hear this part of the story, too.  We need to come to grips with the fact that the chosen ones of God were not paragons of virtue.  They devised a scheme wherein a dark-skinned girl was forced into giving her body to her master, who impregnated her.  When her belly bulged with the child Sarah believed she would never have, Hagar was treated with bitter, resentful cruelty.

As the theologian Delores Williams notes in her book Sisters in the Wilderness (Orbis Books, NY, 1993), this story bears uncanny resemblance to the experience of African women and girls enslaved on American soil over 200 years ago.  Like Hagar, they were taken captive against their will, brutalized, and forced to work in a land far from their home.  When they would try to run away, they were often sent back to their plantation prisons. Their bodies were raped by their masters.  And when they bore white men’s children, they were treated even more cruelly by the jealous wives of the masters, just as Hagar suffered under Sarah.   After the Civil War, the women and children were often expelled from their homes with no resources for survival, sent out into the wilderness by cowardly Abrahams who would take no responsibility for the choices they had made and forced onto these innocent ones.

We know Hagar has been oppressed.  When she runs away while pregnant, we know she is alone — no family, no true husband, no friends, completely isolated.  We think of God as the liberator of the oppressed, so we would expect the angel of the Lord to come to Hagar and say, “Follow me.  I will lead you back to your people in Africa.  I will lead you to freedom.”  But that’s not what he says.  He tells her to go back and submit to her mistress.  Why?

Williams reminds us that infant mortality rates in that time were high.  If Hagar tries to make this trek in the desert by herself, she and her unborn child will surely perish.  And so she returns to the life of a slave once again.  But not before the angel of God gives her a blessing:

“Now you have conceived and shall bear a son;  you shall call him Ishmael, for the Lord has given heed to your affliction.  Your son’s life will be marked by conflict.  But he will be his own man.”

And how does Hagar respond?  She names God.

She calls God El-roi, “El” meaning God, “roi” meaning “to see.” Elroi can mean either “God sees” or “Seeing God.”  This is an incredible turn in the narrative.  Hagar is the only person in the Bible who gives a name to God.  It is always God who does the naming.  Remember how God changed Abram to Abraham and Sarai to Sarah?  Lots of other characters are named or renamed by God:  Jacob is renamed Israel.  Simon is renamed Peter.  Saul is renamed Paul.

But this time it is God who receives a name.  And look who does the naming:  a pregnant African slave-girl, her body beaten and violated, alone in the desert with no hope and no future.  The lowest of the low.  But she is the one who has the power to name God.  “God sees me.  I see God.” (Williams, pp. 20 – 23).

This is a critical moment for Hagar.

Certainly, Sarah would have liked nothing more than for this slave girl to have disappeared.  But Hagar came back.

She has been seen by God.  She has seen God.

And she will not go quietly away to disintegrate into the desert.  She comes back and demands to be seen.

As our screens replay the video of a police officer shooting a black man or woman, as their pictures look out as us from our glowing screens, we must realize . . . they demand to be seen.  They must be seen and acknowledged.

Kendra James’ death demands to be seen.  Amadou Diallo.  Eric Garner.  Natasha McKenna.  And hundreds more black women and men who have died at the hands of police.  They have been seen by God.  They demand to be seen by us.

The world would like nothing more than for these troubling figures to disappear.  We would like to ignore the 20-30 million women and children who are still traded as slaves on the black market today (http://endslaverynow.org/learn).  In 2014, the world tried to ignore the dark-skinned men, women and children in the deserts of Africa dying of Ebola, refusing to address the problem, hoping it would just go away.  They are invisible to us, and we wish the problem would just go away.  But Hagar assures us: they are seen by God.  And God is calling us to see them.  And to respond.

The problem of light-skinned privilege is not going away.

It appears that the problem of problem of light-skinned privilege was as much an issue in the age of Genesis as it is for us today.  Later, after she has given birth to Ishmael, and her mistress gives birth to Isaac, Hagar finds herself alone in the desert again.  The two boys were just playing with each other, like children do.  One with dark skin, one with lighter skin.  And as it is for so many mothers and fathers today, the idea of her light-skinned child playing with a darker-skinned child is so repugnant to Sarah, it simply will not be tolerated.

The hatred and fear of the black child, especially the black male child, is alive and well.

As the columnist Leonard Pitts once wrote, “[T]he fear of black men [by whites] is downright viral. That doesn’t mean [we burn] crosses on the weekend. It means [we’ve] watched television, seen a movie, used a computer, read a newspaper or magazine. It means [we live] in a nation where one is taught from birth that thug equals black, suspect equals black, danger equals black.”  http://www.miamiherald.com/opinion/opn-columns-blogs/leonard-pitts-jr/article2502069.html 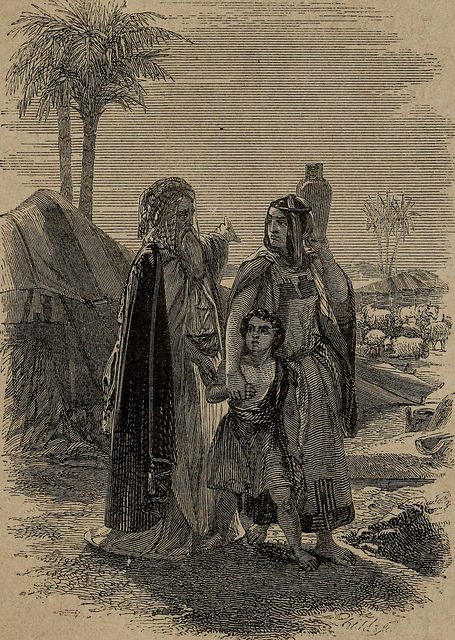 Sarah’s words to her husband echo like a horrible scream we can’t get out of our ears:

“Cast out this slave woman with her son; for the son of this slave shall not inherit along with my son!”

The curse of Sarah reverberates across the ages:  “Cast out those sub-human savages in Africa, those thugs on the streets in America.  The sons and daughters of slaves shall not inherit along with our light-skinned sons and daughters!”

And so, once again, Hagar finds herself in the desert, this time with her son Ishmael.

The first time she was running away.  This time she was dragged away.  And that is the double meaning of Hagar’s name – it can mean either “fleeing,” or “dragged away.”  Once again she is alone, without food or water. She is so deep in despair, with her son thirsting and starving to death, she cannot bear to watch or listen to his suffering.

God hears the cries of the boy Ishmael.  For that is the meaning of his name:  El means “God.”  Ishma mean “hear.”

At the very least, Christian pulpits must bear witness.  Our preaching must tell the story.  Our sermons must speak the truth.

God said to Hagar:  “Do not be afraid . . . come, lift up the boy and hold him fast with your hand, for I will make a great nation of him.”

God says to us:  “Do not be afraid . . . come, lift up the children of Ishmael, the descendants of Hagar, the dark-skinned ones, the ones trapped between the wilderness of oppression and the house of slavery.  Hold them fast with your hand.  For I will make a great nation of you, of all of you, together.”

Leah will be presenting at the Wild Goose Festival in Hot Spring, NC, July 14 and 15.  Her session info is available here:  http://wildgoosefestival.org/sessions17-24/.  Enter the special code BEMYGUEST for a 25% discount on tickets. 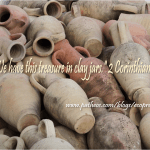 June 21, 2017
What to do When You’re Attacked on All Sides: A Message for the Clay Jars
Next Post 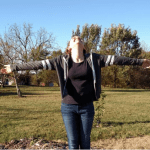 June 27, 2017 Guest Sermon: "Redemption" by Rachel Schade (age 14)
Recent Comments
4 Comments | Leave a Comment
Browse Our Archives
get the latest from
EcoPreacher
Sign up for our newsletter
POPULAR AT PATHEOS Progressive Christian
1