The truth is, I didn’t know them as well as I should have: for the Saturday of the Dead 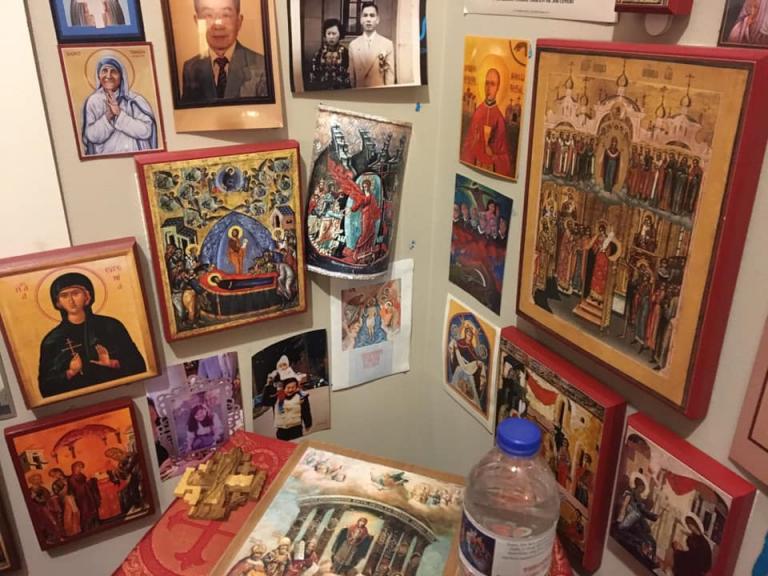 I was a freshman in high school when my friend Sean died. He was the first friend of mine who was my age to die, and it was particularly poignant because we had made the transition together from the Pentecostal school in Fremont to the Catholic school where we were just beginning to be exposed to feminist and liberation theologies. One day he was in class, making snide comments about Joyce’s Dubliners and earning the derision of an English teacher who had written his master’s thesis on Joyce, and the next, he was gone, dead from a misdiagnosis from a doctor who thought he had mono when he was actually succumbing to blood poisoning from out-of-control diabetes. There is actually a bench in Fremont dedicated to him. Whenever I go back, I sit on it.

Those who know that I remember Sean in such ways will think me sentimental. In fact, when he died, I sat at the piano and played for hours and hours, and my parents, who overheard it, thought that I was mourning Sean. I don’t know myself to be that focused, though, because there is a lot that goes on in the mind and heart of an adolescent, from sexual fantasies to unfulfilled crushes to deadlines for assignments that seem impossible to the pressure of having to apply for college someday and do something with one’s life. I let them think that that was what I was doing, but really, I was thinking of all those other things while I played, and it induced some guilt in me, that my mourning for Sean was somehow false.

The greater truth, of course, is that while Sean and I had grown up together since elementary school and even probably thought of ourselves in the same group of friends in the general sense of playing football at recess and talking about girls when we went through puberty, it wasn’t like I felt like I knew him as closely as did others who told stories at his funeral. I still remember that scene. One of the Pentecostal pastors, whom we kids had only known as a silly father of our friends full of dad jokes, processed in, fully suited up, with six of Sean’s closest friends as pallbearers, while reciting the twenty-third psalm in such a somber tone that I wondered if it was the same jokester dad whom I knew. People laughed with tears as they celebrated Sean’s life; someone said that if they heard a noise while playing in the garage in the future, they’d know that Sean was somehow still around. It reminded me of one time in fifth grade when, on a very hot day, we had the lights out and the air-conditioning cranked up very high, that another kid, Kevin, exclaimed, Ew! Sean farted! and our teacher sentenced Sean to write twenty-five sentences: We do not pass gas in Mrs. N—–‘s class.

On this Saturday of the Dead, such memories come back to me. As we approach the Great Fast, we remember those close to us who have departed, and as in our memorial services and in the stichera, there is a clear sense in which death is traumatic, bad, and must be overcome. Death is not a fact of life in our church; it is the ultimate colonization, this by the prince of this world, who takes out people whom we love and are close to us, removing them from our midst just like the empires new and old that have dashed children against the rock, murdered parents and friends, and sundered lovers from the full consummation of their romances. The Saturday of the Dead is the day when we bear witness to this evil that contextualizes our lives, remembering those who have departed and joining in protest against such metaphysical imperialism in the power of the resurrection.

Yet as I reflected on the specific persons I was remembering, I had a strange feeling that they were all a bit like Sean. There are my grandparents, one I didn’t know except for his stories of abusing folks in my family, a grandma who died early, and a grandfather whom I loved but lived far from us. There is a godfather who gave me a paintbrush before he died of cancer, far away in Vancouver from Fremont. There’s an auntie who was like family as a kid but got distant from us because of church politics. There’s a first-year university classmate of mine I never got a chance to really know whom I discovered later on had been suddenly killed in an accident while exploring a vocation to the monastic life. And then there’s Sean.

I didn’t know any of these people all that well, I reflected, and yet I prayed for them on this Saturday of the Dead, as they are in my regular remembrances of those who have reposed. Their deaths were not so much traumatic in the sense that they were an integral part of my community and then taken away; it is more of a kind of discomfort that we, never factoring in that they’d have to go so soon, never really got to know each other. I almost feel some guilt when I pray for them, that we never actually knew each other, and then I reflect on my actual friendships, and for reasons of globalization, migration, employment, and politics, there are few that I can actually say that I know everything about, especially not their secret lives. I recently reflected on this fact with a colleague, and they reminded me that those who are nice people often turn out to be the serial killers and the rapists. I hardly know myself, the structures of this world prevent me from knowing others fully, and then there’s the deception that is endemic to every relationship, especially the intimate ones.

I wonder if this is why our church offers the services for the Saturday of Souls right before the Sunday of the Last Judgment, which brings us even closer to our preparation for the Great Fast in which we deal with such deceptions and gaps. By confronting death, we are also confronted with the colonial conditions of our existence in this life, that those who have gone ahead of us were removed from our midst before we got a chance to know them in relation to the selves about which we ourselves are so deceptive. In each death, the story is incomplete, senseless ended before closure provides a fitting finale to a life well-lived and in harmony with the oikoumēnē. Every death is a removal too early, I hear the mothers and fathers saying as I mull over those from whom I offer yet again in prayer; as the final sticheron at Vespers says:

I lament and weep whenever I see death and look upon our beauty, formed according to God’s image, lying in the grave disfigured and inglorious, its outward form destroyed. O strange wonder! What mystery is this concerning us? How have we been delivered to corruption? How have we been yoked to death? All this, so it is written, is by the ordinance of God, who grants rest to the departed.

And yet, it is here that we are met with the life-giving Creator at the Aposticha:

Thy creative ordinance was my beginning and foundation. For Thou hast willed to fashion me as a living creature from natures visible and invisble: Thou hast made y body from the earth, and given me a soul by Thy divine and quickening breath. Therefore, O Saviour, grant rest to Thy servants in the land of the living, in the tabernacles of the righteous.

Indeed, the Lord in speaking to the Sadducees told them that they knew not of the resurrection because when G-d spoke to Moses out of the bush, he proclaimed himself the God of Abraham, Isaac, and Israel. He is not God of the dead, but of the living, our Lord Jesus Christ proclaims, foretelling of his resurrection. Truly, he is the Messiah, the one who delivers us from the sting of death, destroying the power of the prince of this world. In that land where the holy women and men stand before the face of the One Who Is, I hope that our stories continue, because life here in this world of death is too short to get to know anyone, much less myself. 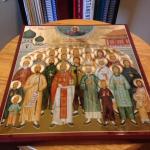 March 2, 2019
By the waters of Babylon: the Sunday of the Prodigal among the Chinese Christian diaspora
Next Post 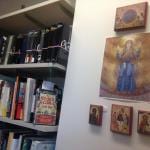 March 4, 2019 The place of the problematic: for the Sunday of the Last Judgment
Recent Comments
0 | Leave a Comment
"I can't believe you would consider the theological lightweight Kilby as a proper critique of ..."
antoniodec Fiat mihi secundum verbum tuum: on ..."
""Milbank criticizes Balthasar for being apolitical in his aesthetic reflections, and I can see how ..."
antoniodec Reading Sobrino on Óscar Romero and ..."
"the word is receptive, which has nothing passive about it but could be the most ..."
antoniodec Fiat mihi secundum verbum tuum: on ..."
"One can never "go home," not in this life."
billwald I’ve found my way home: on ..."
Browse Our Archives
Related posts from Eastern Catholic Person